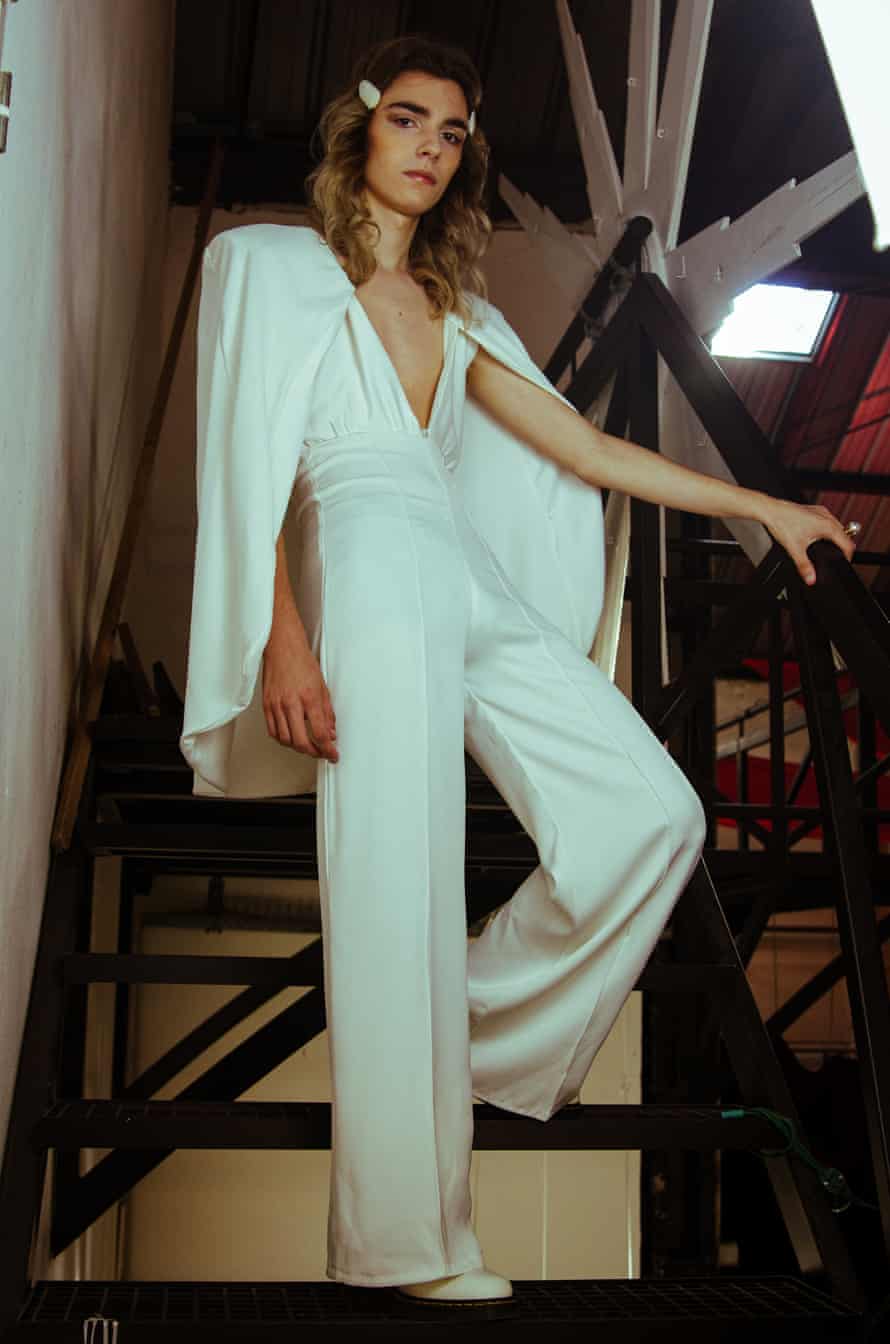 ÖOn the third floor of a typical Alsatian building in Strasbourg, a door opens to a bright studio littered with mannequins clad in bridal fashion. This is where James and ViviAnn Du Fermoir-de-Monsac live and work and design couture wedding dresses that are guarded by their cheerful mascot – a yellow parakeet named Adam. And they do it in drag.

The couple say seeing customers in their drag personas creates an atmosphere where people can be accepted for who they are. They know that the traditional experience of buying a wedding dress is not always easy in a world where the vision of the ideal bride is often still a slender, white, and sturdy woman.

“That’s why we decided to open in Drag because we wanted to tell everyone that you are welcome, no matter who you are,” says ViviAnn.

Dresses start at € 1,500 (£ 1,290) and are designed after a two-hour consultation with the customer about their needs. ViviAnn’s influences include Jean Paul Gaultier and Christian Dior, while James is a follower of Coco Chanel and the Flapper era; ViviAnn is “obsessed with shoulders” and takes inspiration from the sparkling costumes she wore when she competed in dance competitions, while James focuses on fine embroidery.

“I calm her down a bit with all the rhinestones, she urges me to go a little further,” he says. 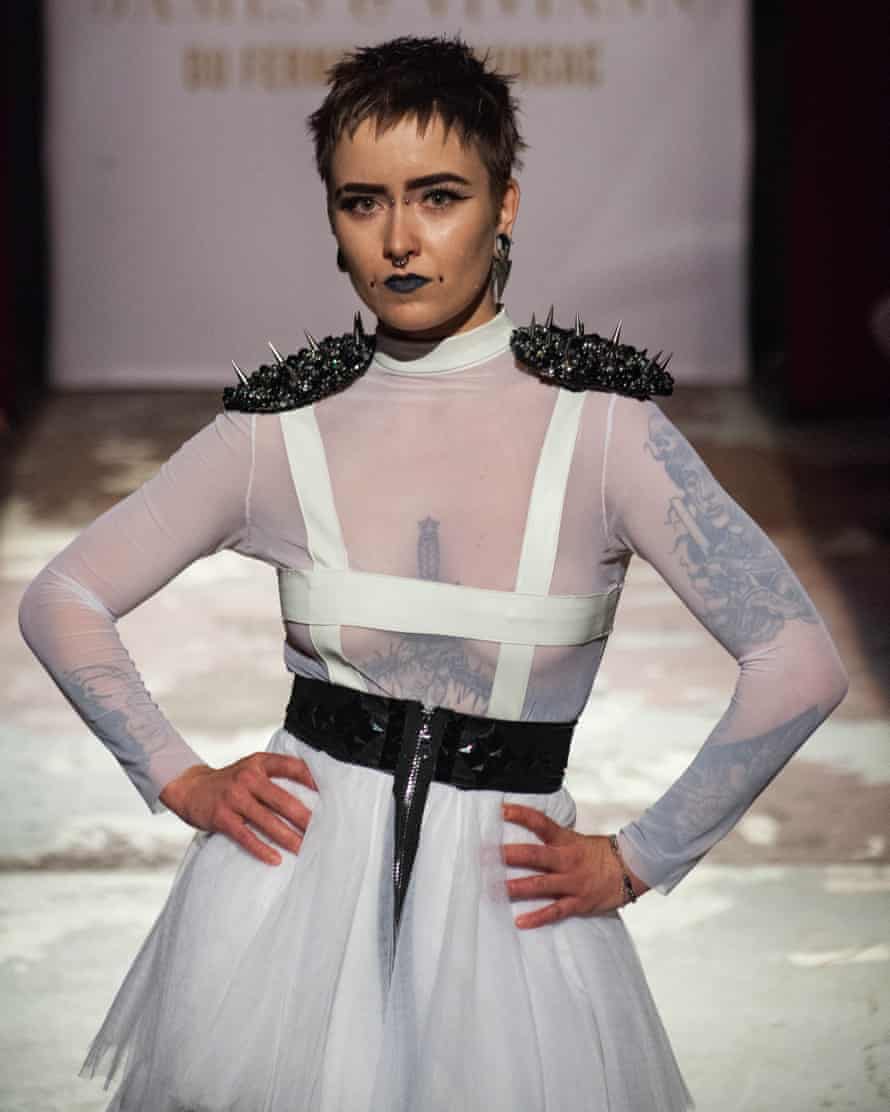 But they say their primary focus is on what their customers want, be it a cloak that is wheelchair friendly or a style other designers wouldn’t try – a new client came to James and ViviAnn after a wedding shop told them about it couldn’t get married in sneakers.

“The marriage industry is still a bit classic and there are a lot of people who are forgotten,” says ViviAnn. “No matter what your taste is, no matter what shape your body is, we love everyone and we want everyone to love themselves.”

“We want people to be the best version of themselves on their wedding day,” says James.

Du Fermoir-de-Monsac’s first client was a four-year-old boy who wanted to wear a dress to a wedding, but his mother feared it would attract negative attention. So the two of them made him a kilt, which ViviAnn says he now wears to school. “This is the cutest thing ever,” she says, holding up a picture of the little boy in his purple plaid. 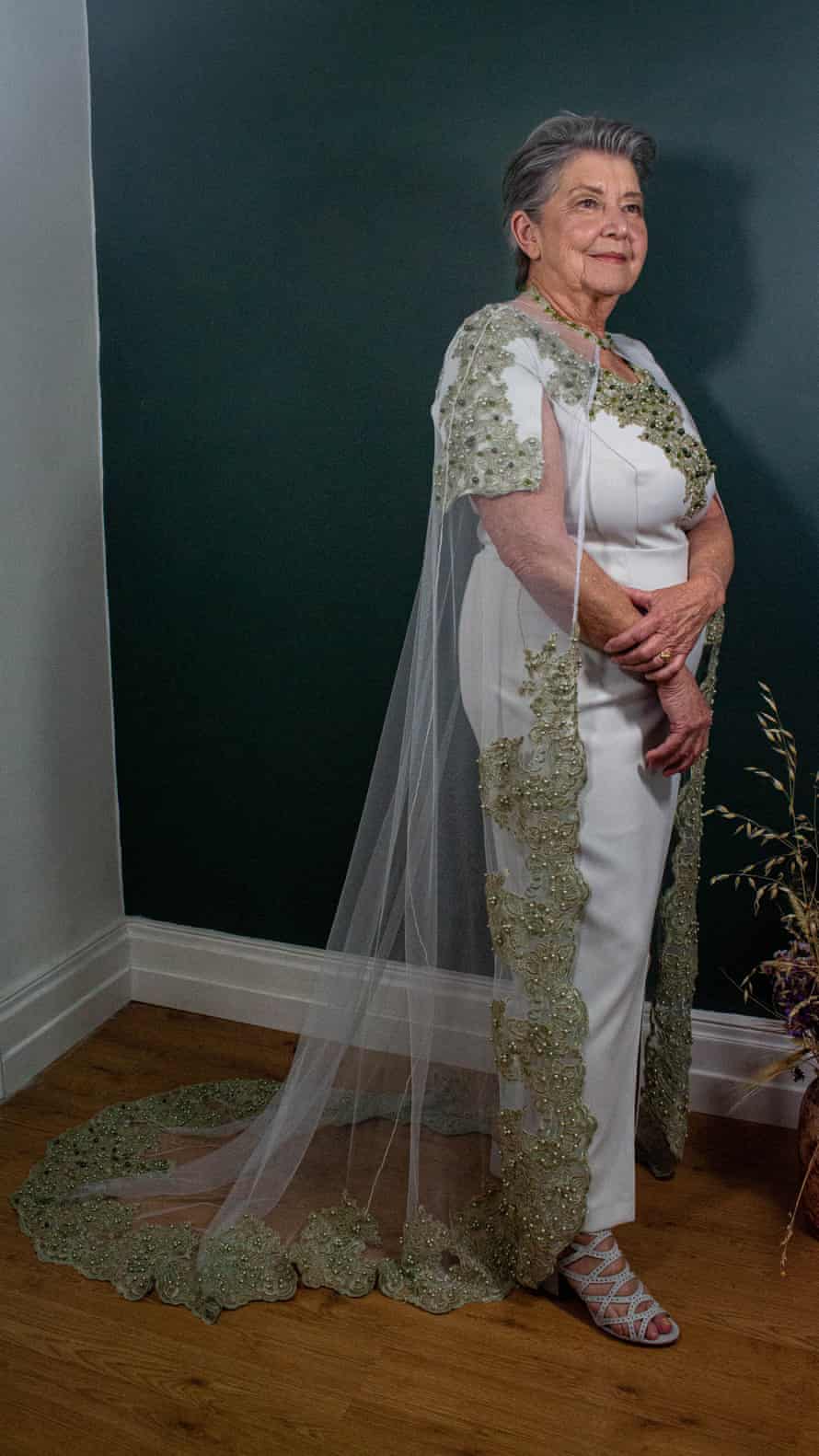 James, chocolatier from Pierre Hermé, and ViviAnn, hairdresser, met in 2019 at a drag competition – James was a juror and ViviAnn was a candidate. They bonded over the fact that they had both made their sisters’ wedding dresses. ViviAnn had studied fashion at the École Duperré in Paris. James is self-taught – he started sewing on his grandmother’s machine when he was 13 years old.

When France was first locked in the spring of 2020 and there was no work to do, cutting hair or making chocolate, James called ViviAnn and asked her if she wanted to open a wedding boutique. ViviAnn said yes as long as they could call it Du Fermoir-de-Monsac (after her father’s nickname for her mother) and as long as she could do it in tow. James decided to join her and quickly set to work on his new personality, named after his favorite childhood movie, James and the Giant Peach. (They asked to use their drag persona names for this piece.) 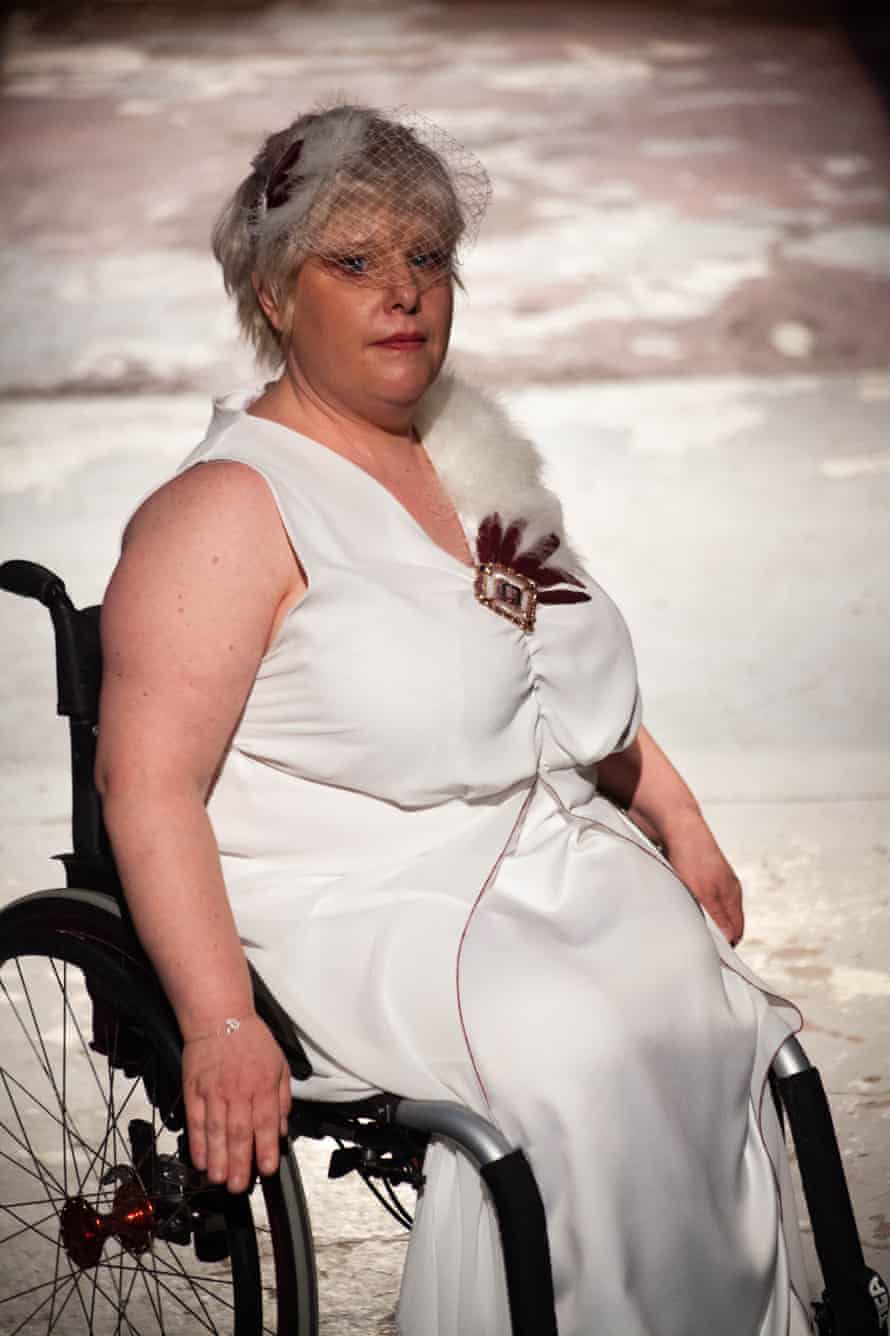 The boutique opened in April, and in June it launched the first Du Fermoir-de-Monsac collection on a catwalk show – a riot of lace, leather, spikes and tulle tailored to a variety of body types.

After the show, James and ViviAnn’s drag personas were “married” in a fake ceremony (although they remain friends and roommates in life).

ViviAnn wore a striking white dress with a ruffled neoprene shoulder piece, James a deep black jumpsuit and a train held by a studded leather belt. 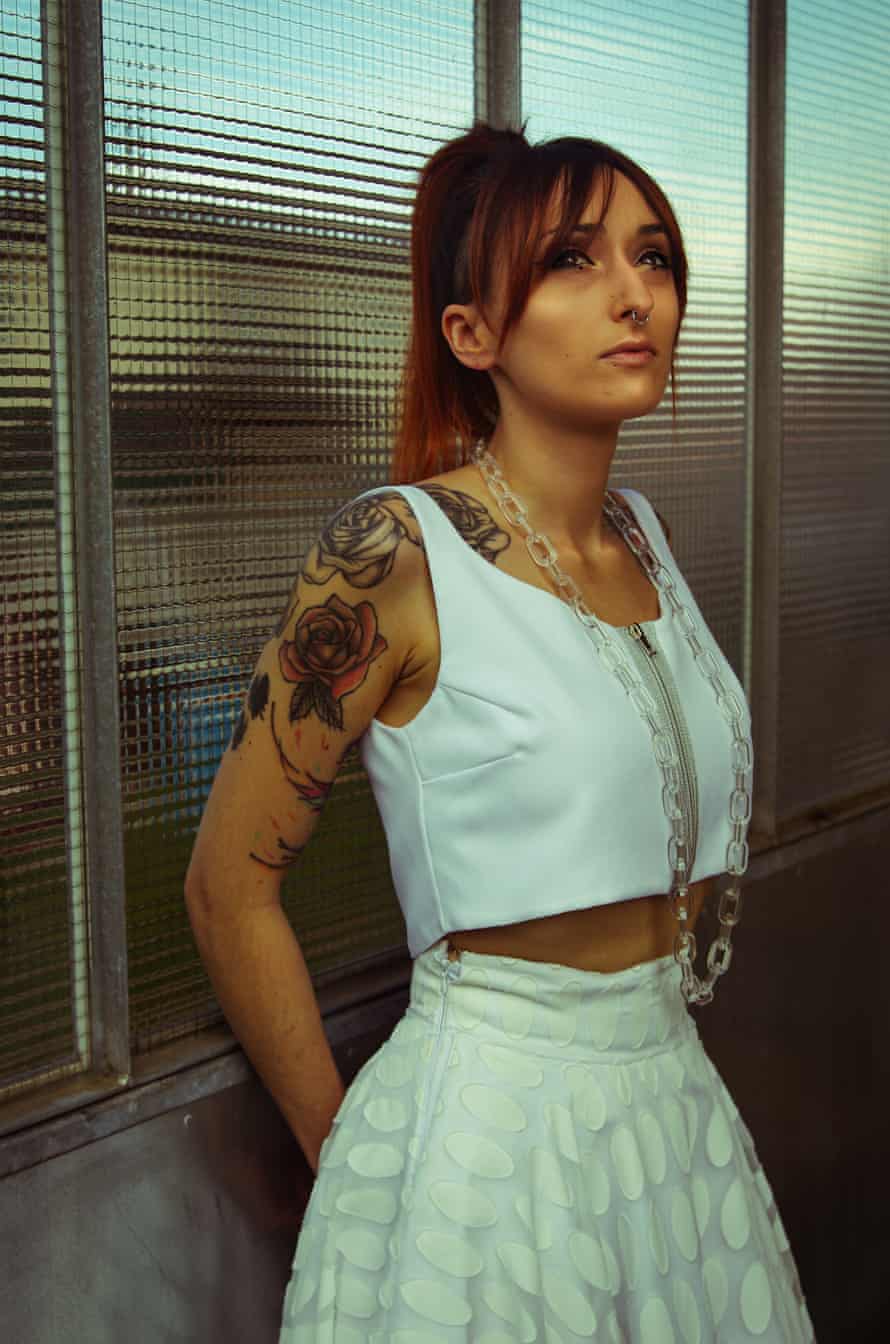 “We’re close friends in our lives and we decided to marry James and ViviAnn when we started a wedding dress company,” says ViviAnn. “We got married in the name of couture.”

In the coming year, the two of them will present their designs at bridal fairs, are looking for new customers and hopefully employ a small team. At a time when the economic outlook is uncertain and the future of the pandemic unknown, they exude a rare optimism.

The Queen needed to re-shoot her wedding ceremony images on her honeymoon – this...

Know all the beautiful wedding ceremony venues from the Netflix documentary

The NEW marriage ceremony photographs of Varun Dhawan and Natasha Dalal are showing on...