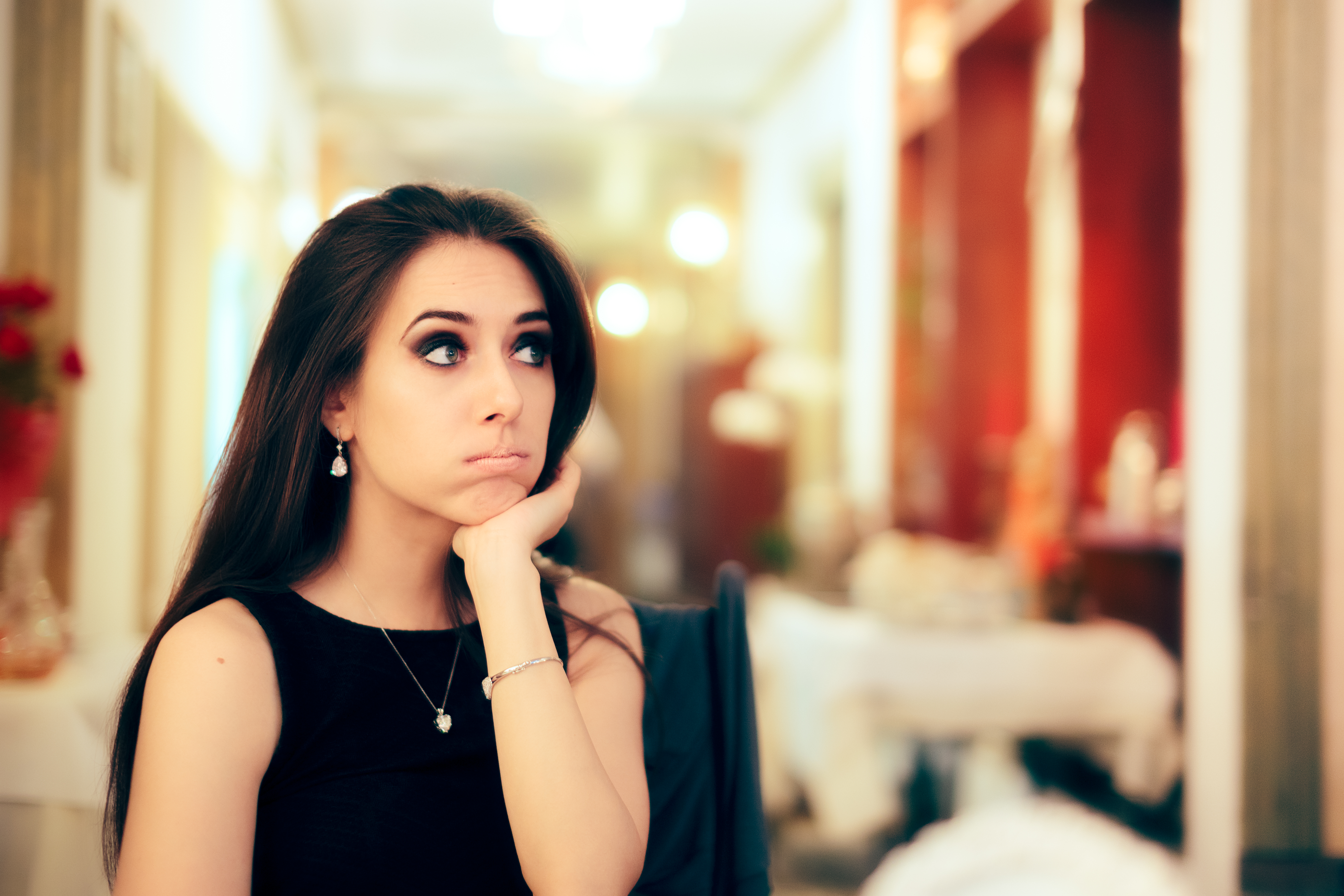 One WOMAN has been labeled a “brat” for vehemently refusing to obey her brother’s request to wear pink or blue on his wedding day, and she refuses to acknowledge that she is wrong.

The 18-year-old woman revealed in a now-viral Reddit threat that her brother and his new bride had advised visitors to wear fuchsia or sky blue on the wedding day.

The bride and groom had asked that the guests wear fuchsia or bluePhoto credit: Getty

“For some reason they put out the invitations that guests should wear certain colors,” she wrote.

“I asked my brother about it and he said it was just something he and his fiancée wanted and thought it would be fun to have a color-coordinated wedding.

“The problem I have with this is that I only wear black and white. I literally don’t own clothes that aren’t black, white, or a combination of both.”

The woman further stated that she does not own any clothes that are blue or bright pink, which she warned her brother about.

Even so, her brother told her that she had plenty of time to find something that would go with the color scheme. But she didn’t.

“It was like he didn’t care that I wasn’t wearing these colors at all,” she complained.

Her mother even offered to go shopping with her to find something to wear for the day and told her “a couple of hours won’t kill you”. The poster said she “hated” everything she tried on, but ended up buying a few options.

Although her mother helped her find clothes in the right colors, the young woman wore her favorite black dress instead.

She continued, “On the morning of the wedding, I refused to wear both. I had brought my favorite black dress, which was more than beautiful enough for any wedding, and decided to wear it instead.

“Both my mom and dad told me to wear something different, but I refused and eventually my parents just dropped it and told me they didn’t want to argue about it anymore.”

When the 18-year-old and her parents arrived at the venue for photos, her brother told her that she would not be involved in any of the larger group photos with the wedding party and the rest of the family.

I really don’t think I did anything wrong because my brother’s request was stupid from the start.

She was only allowed to take pictures with her immediate family, but she would stand out too much in other group photos as she was the only person who did not appear in the suggested colors.

The woman said she believed it was the bride’s decision, who “called my brother on it,” to which he replied that it was also his wedding day.

“He told me he was disappointed that I couldn’t do little things for him on his wedding day and I told him he was an asshole for people dressing a certain way when they didn’t want to.” she revealed.

“I got a lot of strange looks from people during the ceremony and reception. And my brother and his wife stayed out of my way almost completely the whole time. Even my parents kept their distance from me.

“I really don’t think I did anything wrong because my brother’s request was stupid from the start.”

While the poster apparently expected commentators to back their decision, most slammed it for not complying with the bride and groom’s request.

“She broke the first rule for attending a wedding: don’t keep the bride and groom waiting,” wrote one person.

“That day wasn’t about you. You were arrogant and selfish, “said another.

Another unimpressed person commented, “Wearing pink for a few hours won’t melt your skin. You knew it was a simple request and you still dug your heels and decided to be a brat because you seem to think the whole world revolves around you. “ 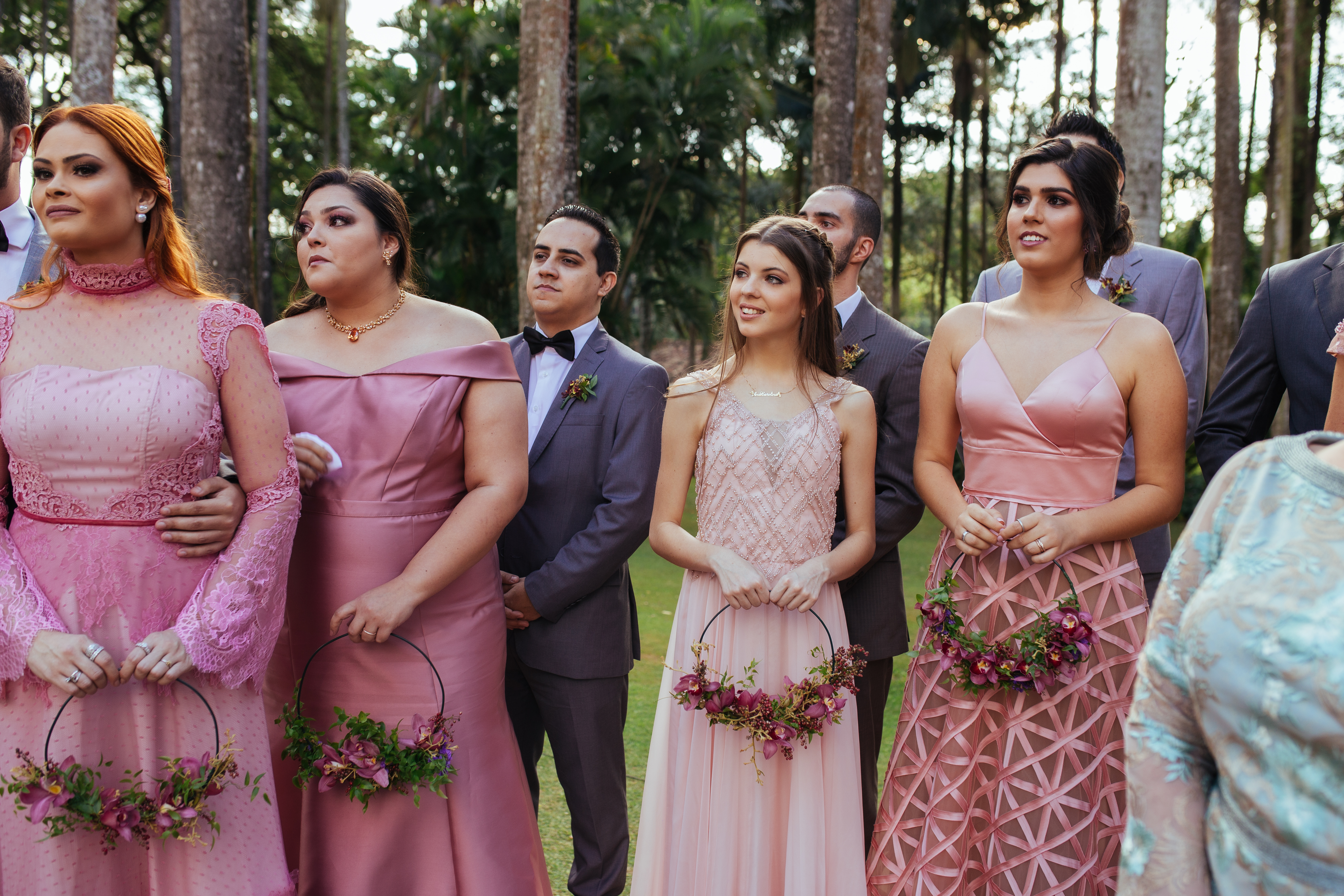 Every single other guest obeyed the dress code, the groom’s sister was the only one who didn’tPhoto credit: Getty

For more wedding horror stories, this is the agonizing moment, the wedding photographer named bride with the name of the groom’s EX and her face says it all.

And this bridezilla got beaten up for offering her guests better food depending on the cash gift and you have to be over £ 2k for the “premium” option.

In addition, this “sticky” guest is ashamed that he wears a white floor-length dress to the wedding and threatens to put the bride in the shade.