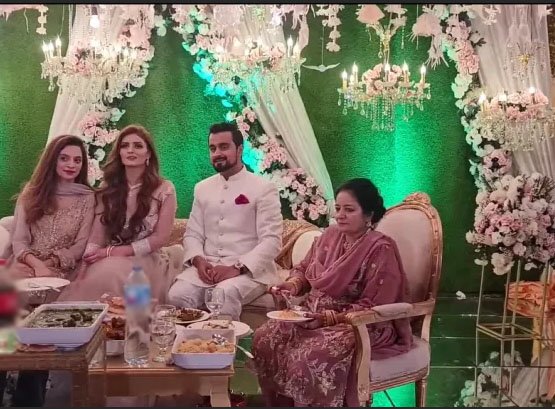 The wedding photos of the daughter of the famous playwright, actor, poet and director Khalil-ur-Rehman Qamar are circulating on social media.

Yesterday the wedding of Khalil-ur-Rehman Qamar’s daughter, Nashaba Khalil, took place, at which many well-known personalities from the showbiz industry were also present.

The playwright held a simple ceremony for his daughter’s wedding and invited few people due to the global Covid-19 epidemic.

The pictures show that the actors Humayun Saeed, Vasay Chaudhry and Nadeem Baig attended the wedding of the daughter of Khalil-ur-Rehman Qamar. 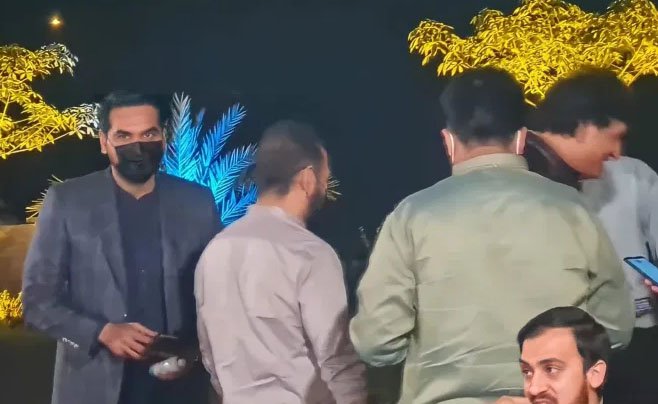 It should be noted that Khalil-ur-Rehman Qamar’s drama series ‘Mere Paas Tum Ho’ broke all records and this drama series also received the honor of being recognized as a super hit drama last year.

Actress Ayeza Khan, Humayun Saeed and Adnan Siddiqui starred in the play, which aired on a private television network.

Frontliners in love! Couple who met on the quarantine middle...

These are the world’s greatest wedding ceremony images in 2020