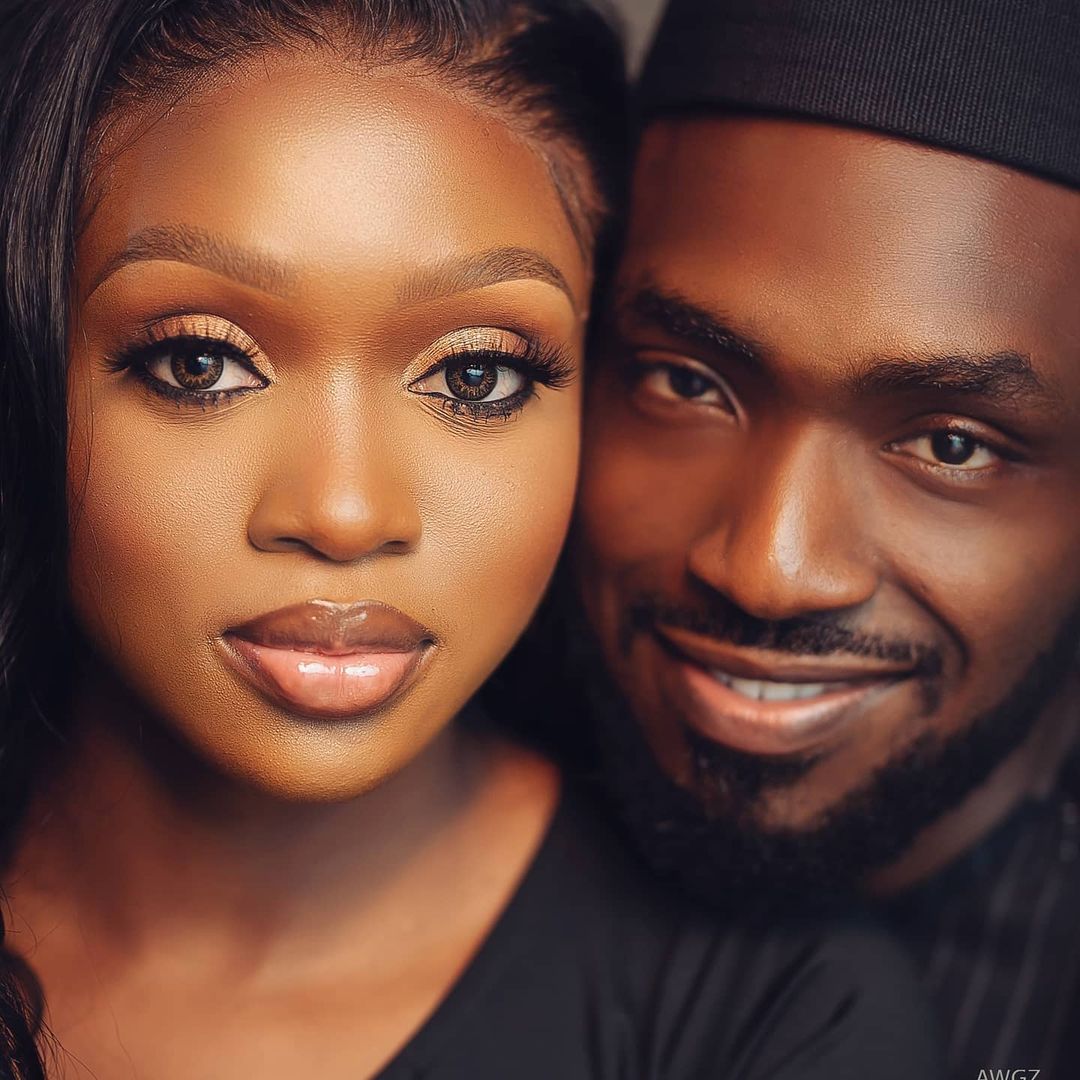 We love a good love story! Especially one that has friends involved. When two friends make up forever, you know it will be a fun ride full of fun, love, and laughter.

Sinmi and Tobi Let’s all laugh and blush at the same time with their very cute love story. The vibe this couple shares is so refreshing and heartwarming. You can tell from their pre-wedding photos that they are not only in love, but happily in love too! Loved ones met at a scholarship conference and are now ready to ride forever. They share their love story with us and we bet the fun couple will make you grin from ear to ear. One thing is so obvious – Sinmi and Tobi should just be. Grab your popcorn and buckle up while you browse because you are going on a cruise! 😅

Enjoy the beautiful pre-wedding photos and love story below. 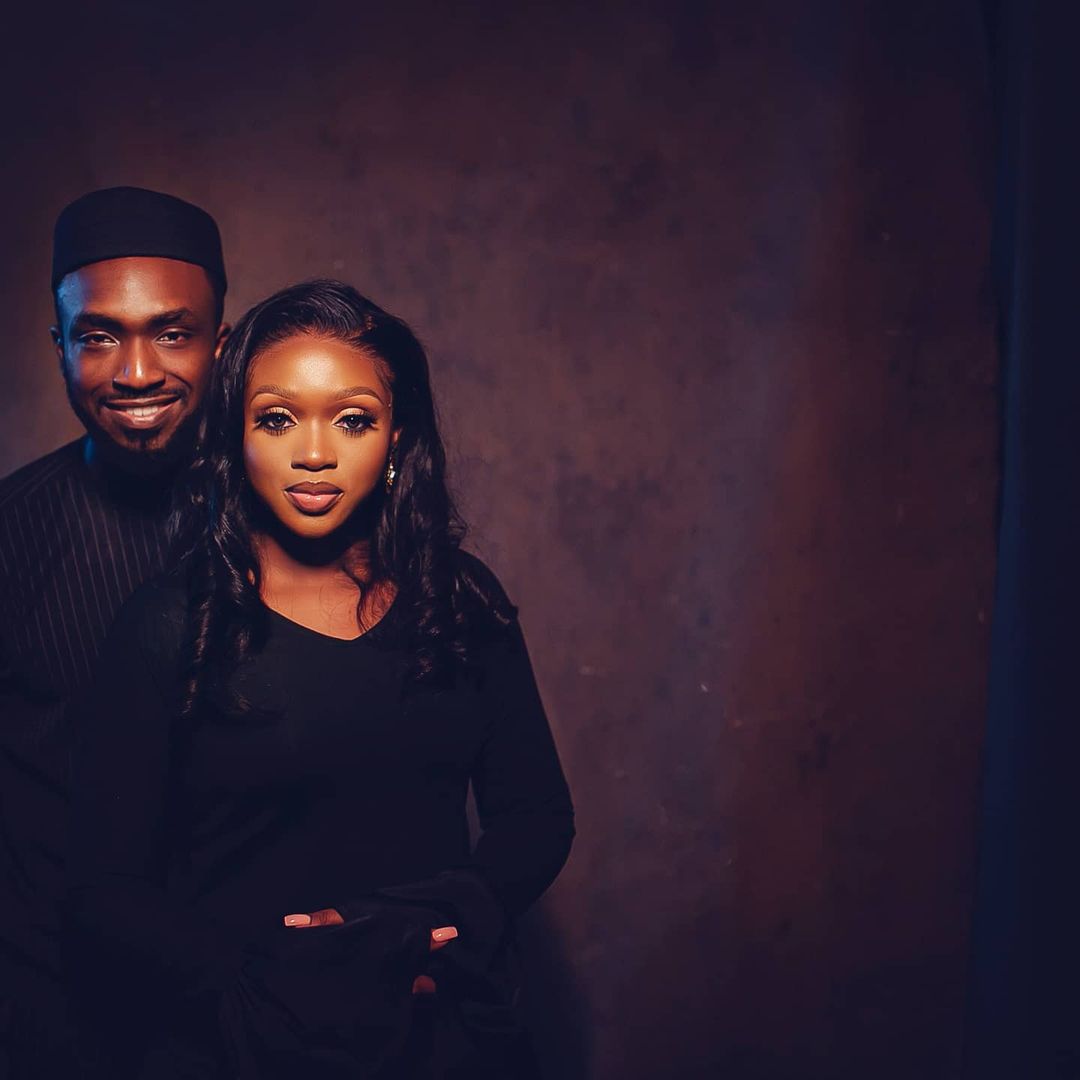 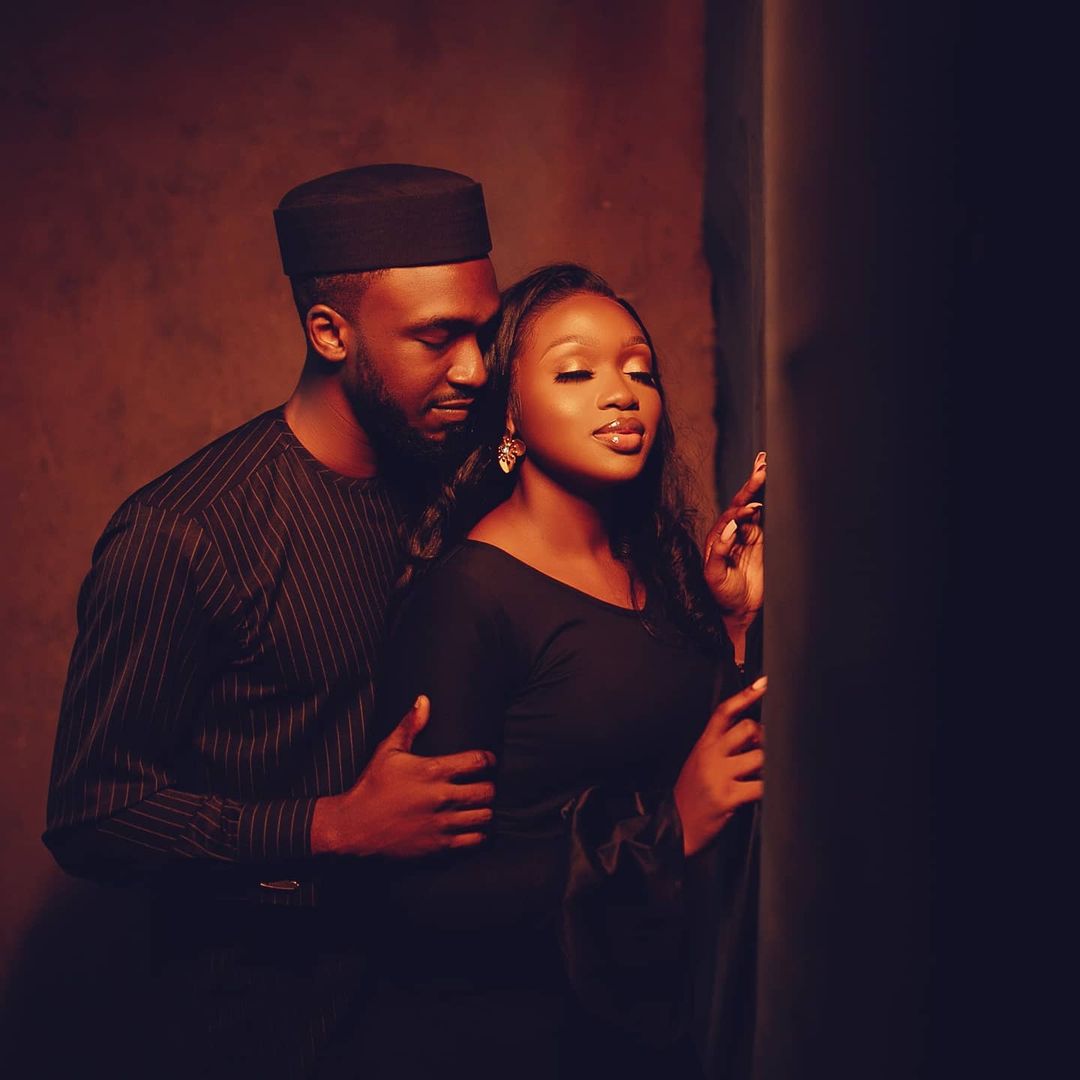 From the couple Sinmi and Tobi

Tobi: The first time I saw her was at Covenant University. I was in 400 levels, she was in 100 and it was just a brief sighting. She spoke to my friend and I don’t think she noticed me then. I didn’t think anything of it. If I had looked a little longer, I might have realized it was my future wife, but it’s okay that I have to find out later.

Tobi (continues): Anyway, a couple of years to 2016, fast forward. I lived in Abuja and organized a small denomination there called The Congregation. Sinmi was in Abuja for her aunt’s wedding, and one of her friends had invited her to the community. When she entered, it was as if that bright light had just shone into the room. But you know I had to focus on the word …

Tobi (still smiling): I’m serious! But yeah, she saw someone then, so nothing was really going to happen. After the scholarship that day, we spoke a few times because she wanted to start her own scholarship in Ibadan, where she was serving. I helped her with a few tips, but we didn’t talk much after that.
Two years later I informed her that I had moved to Lagos – she was also living in Lagos at the time. Then she slipped into my DMs and said we should meet.

Sinmi (Laughs): Please, I didn’t slip into anyone’s DMs. The first time I saw him in the community, I thought, “Okay … this guy seems cool,” despite his floral shirt (I still don’t understand Tobi’s taste for these things). 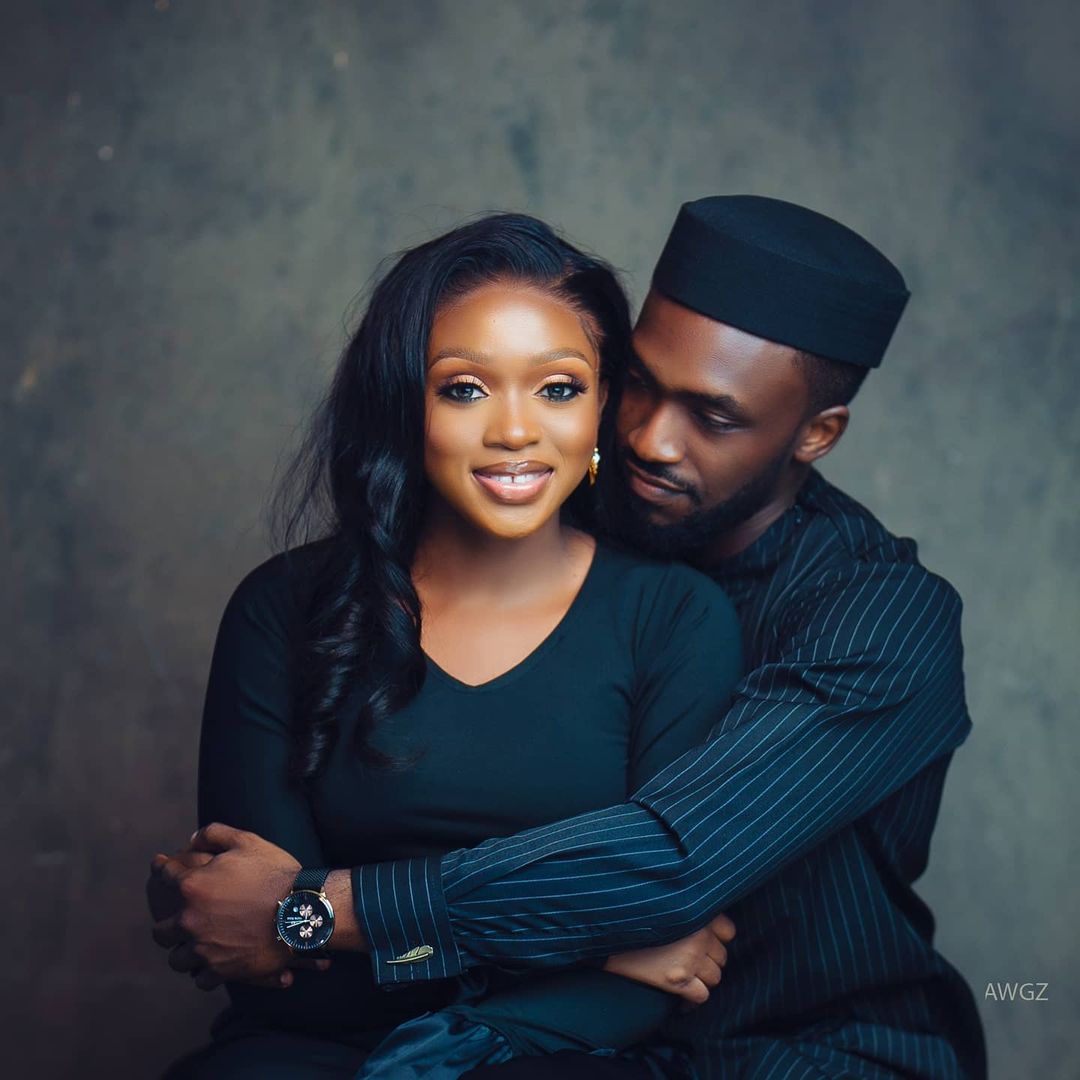 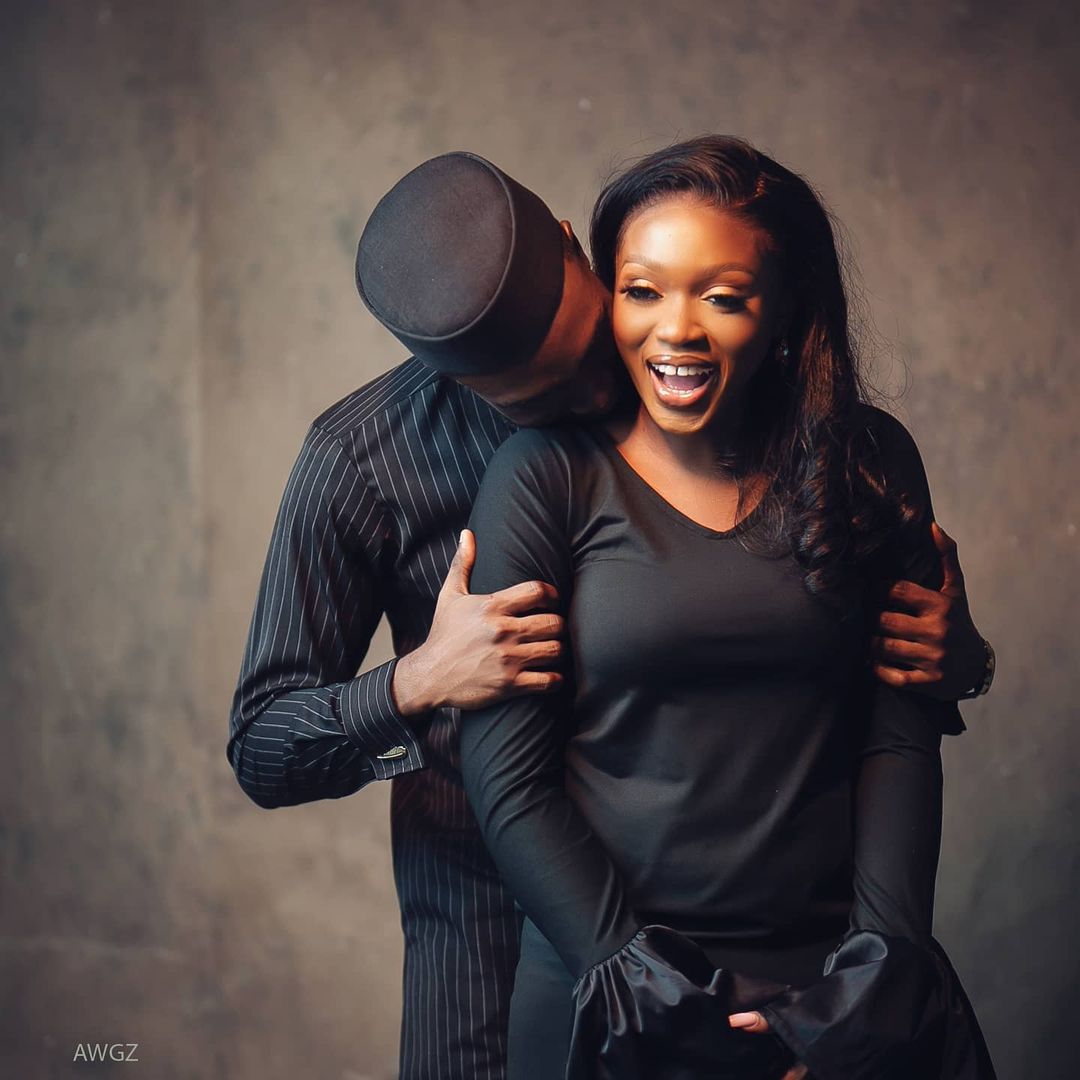 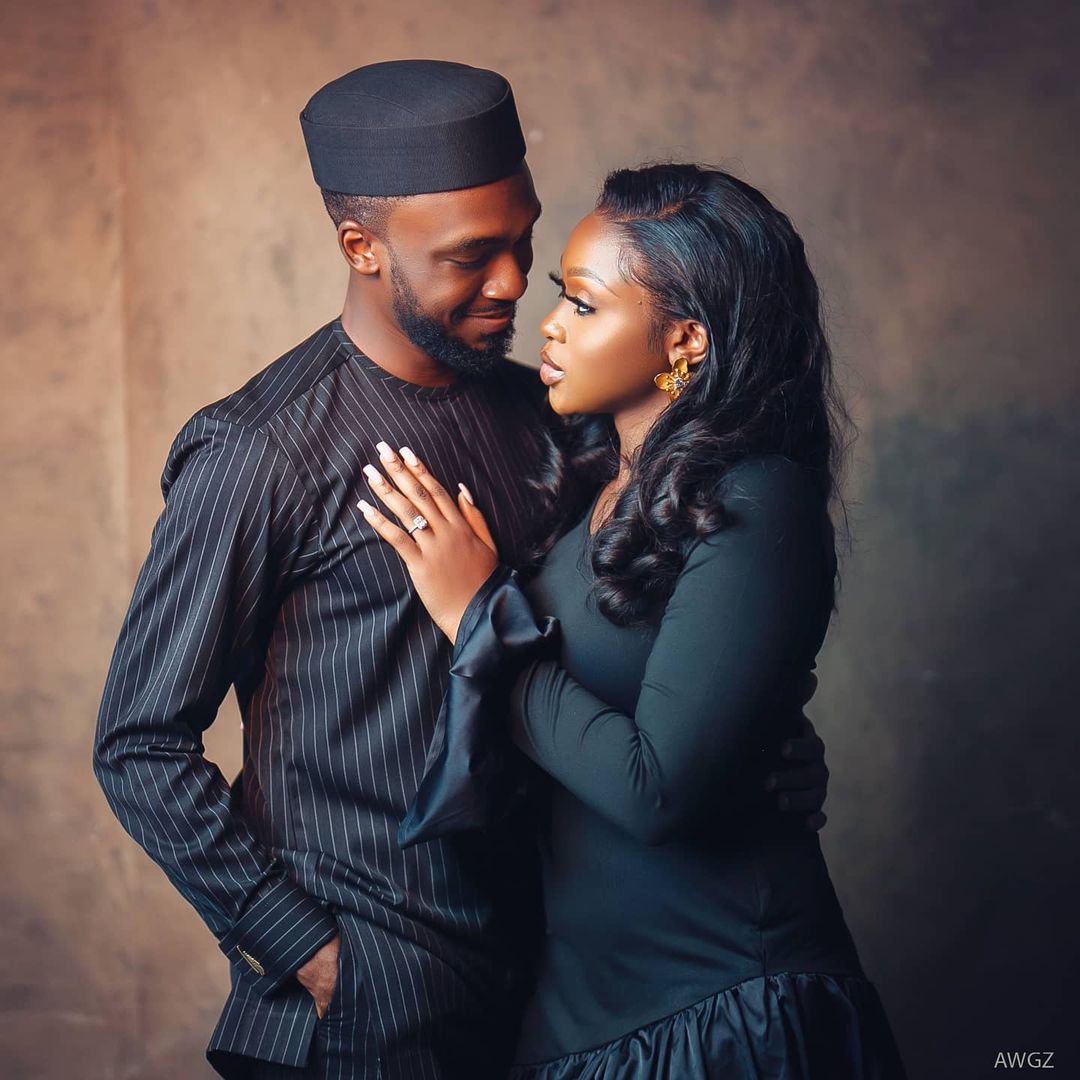 Sinmi continues: But like Tobi mentioned, I saw someone, so I didn’t see him like that, but I knew he was a great person and someone I would like to be friends with. I even tried to match him with the friend who invited me.

2 years later, in 2018, I decided to continue the scholarship started in Ibadan in Lagos. My friend had previously let me know that he had moved to Lagos. I just thought: “It’s true that Tobi said he would like to set up a scholarship here, let me send him a message.” Then I wrote him the typical joke: “Hey, you’re in Lagos, we should meet sometime!” You know all the meetups that you never actually plan.

Tobi (taps the back of the hand on the other palm): In my opinion there is a ring on your finger. So form whatever you want. 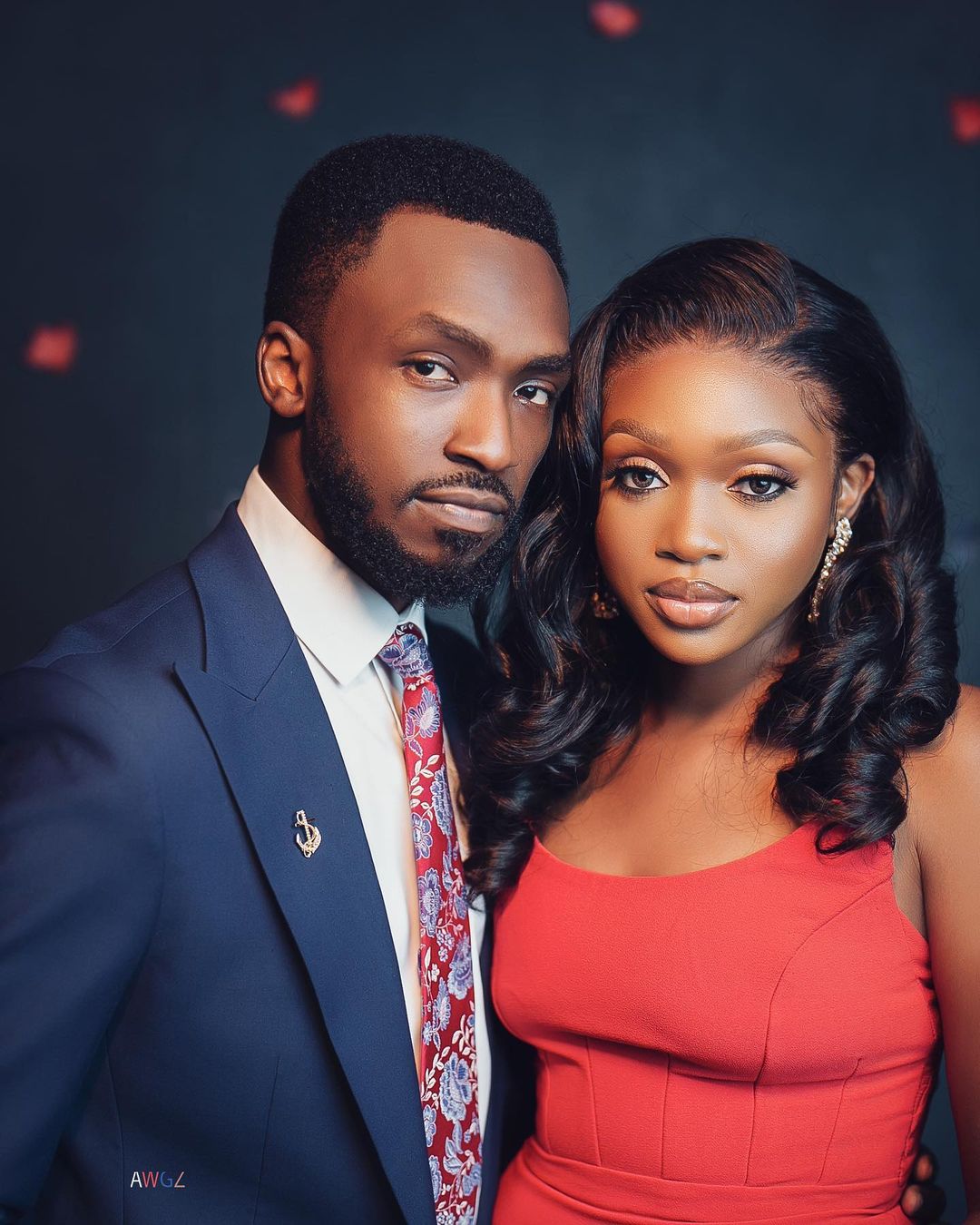 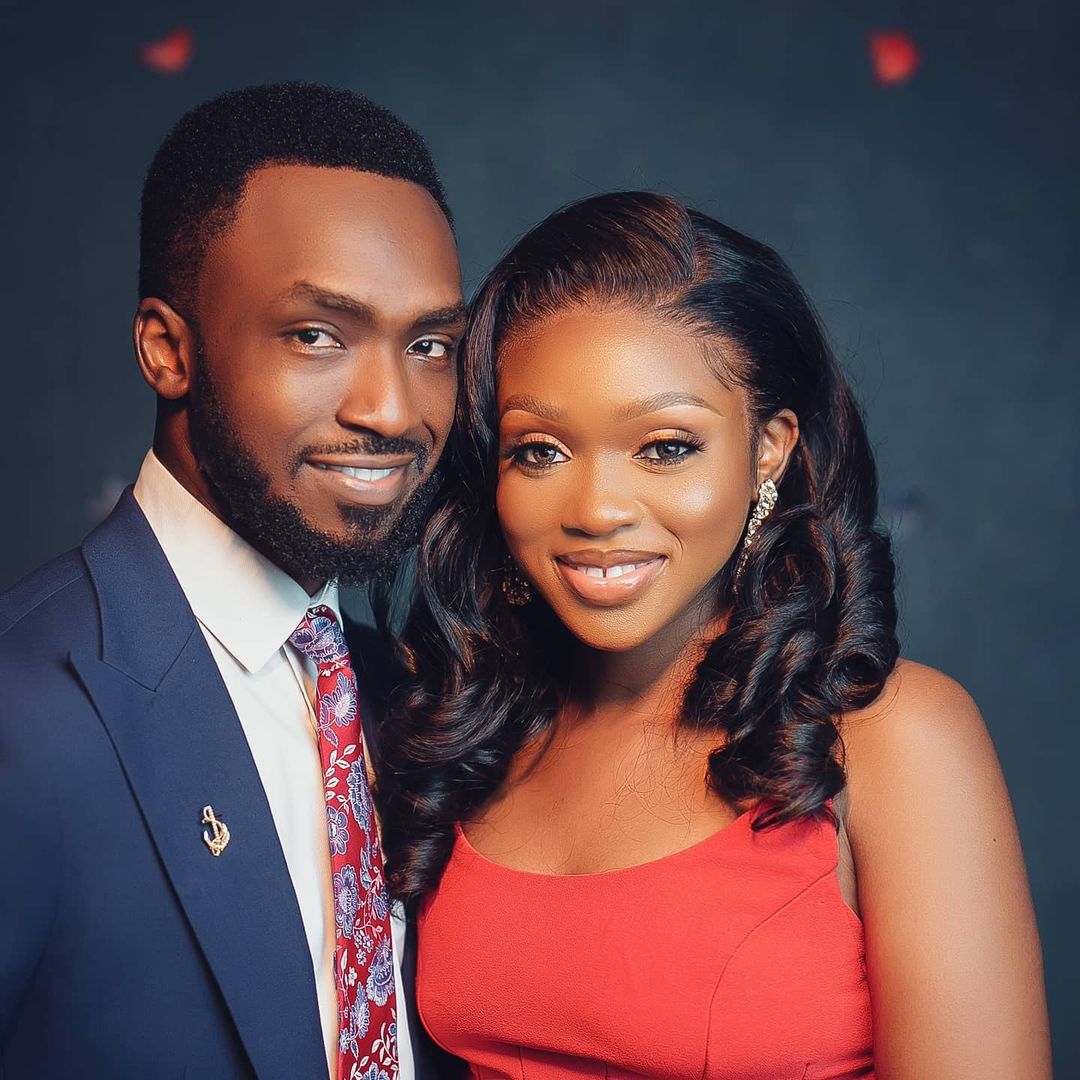 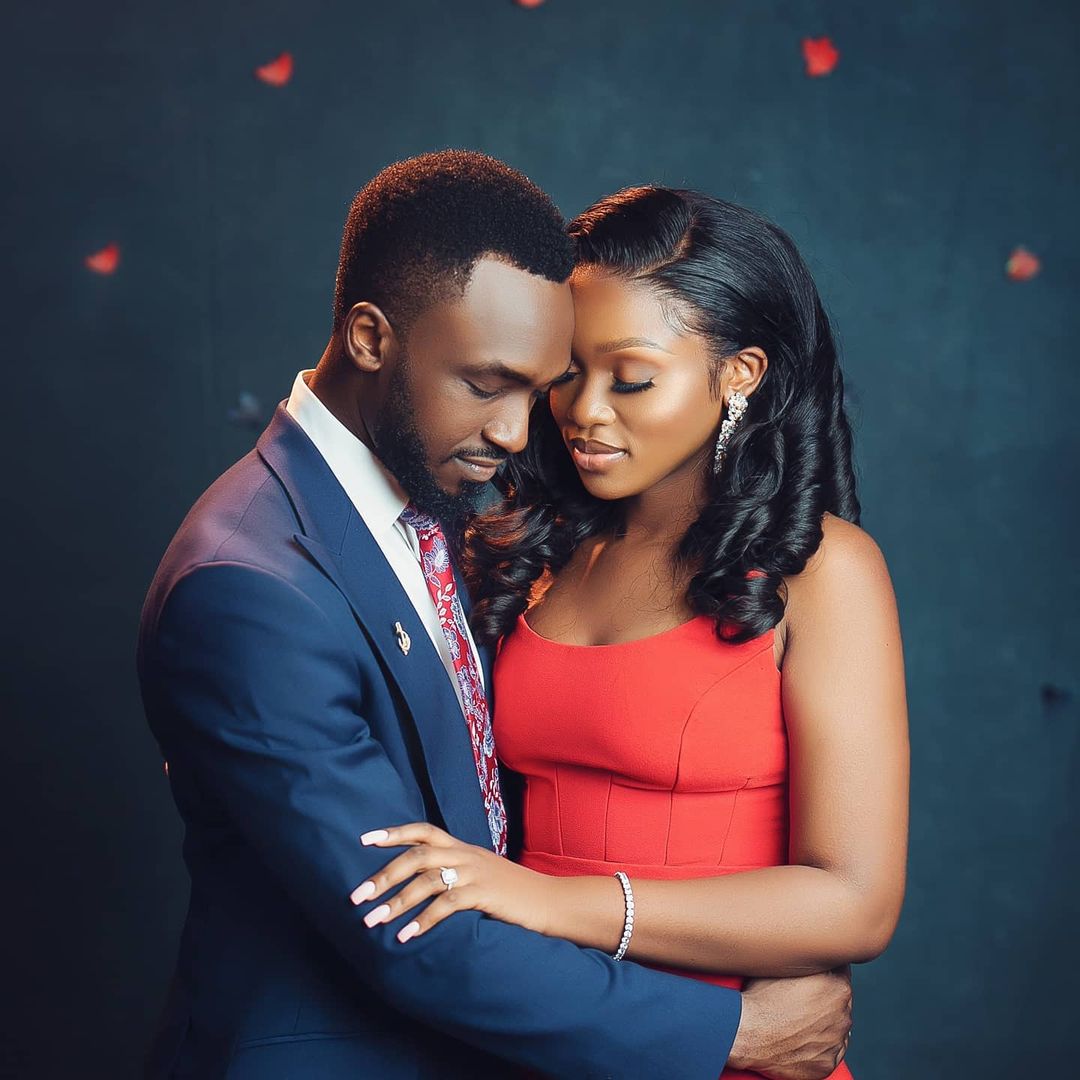 Sinmi (laughs): He hadn’t started the scholarship when I sent a message, so we decided to put a team on it. He called me a few weeks later and we talked for 2 hours and I never have long calls. I wanted to talk again because we had such a good conversation. He called two days later (that leaves a day of Raumtrick, he thinks he’s smart 😅), and again we talked for hours.

Although our calls for scholarship planning focused on core sessions, we eventually had it. On the way to the first meeting, I remember making jokes and fighting to see who gets there first. However, when I got there, I found it difficult to reconcile this person, whom I had been talking to for hours on the phone, with the person in front of me.

Tobi: What she means is she was shy. 😅

Sinmi: No was not me! But a few days after the scholarship I invited him with my friends and after that he took me to my friend’s house. I think when we said goodbye I realized that I was starting to catch feelings. Ah, Tobi, I tried it for you. Do you remember the time when I brought you a burger from Ilupeju ?!

Tobi: Yes! They came from your office in Ilupeju and brought it to mine in Lekki, and all I knew was that I had found my wife! (Tobi laughs) 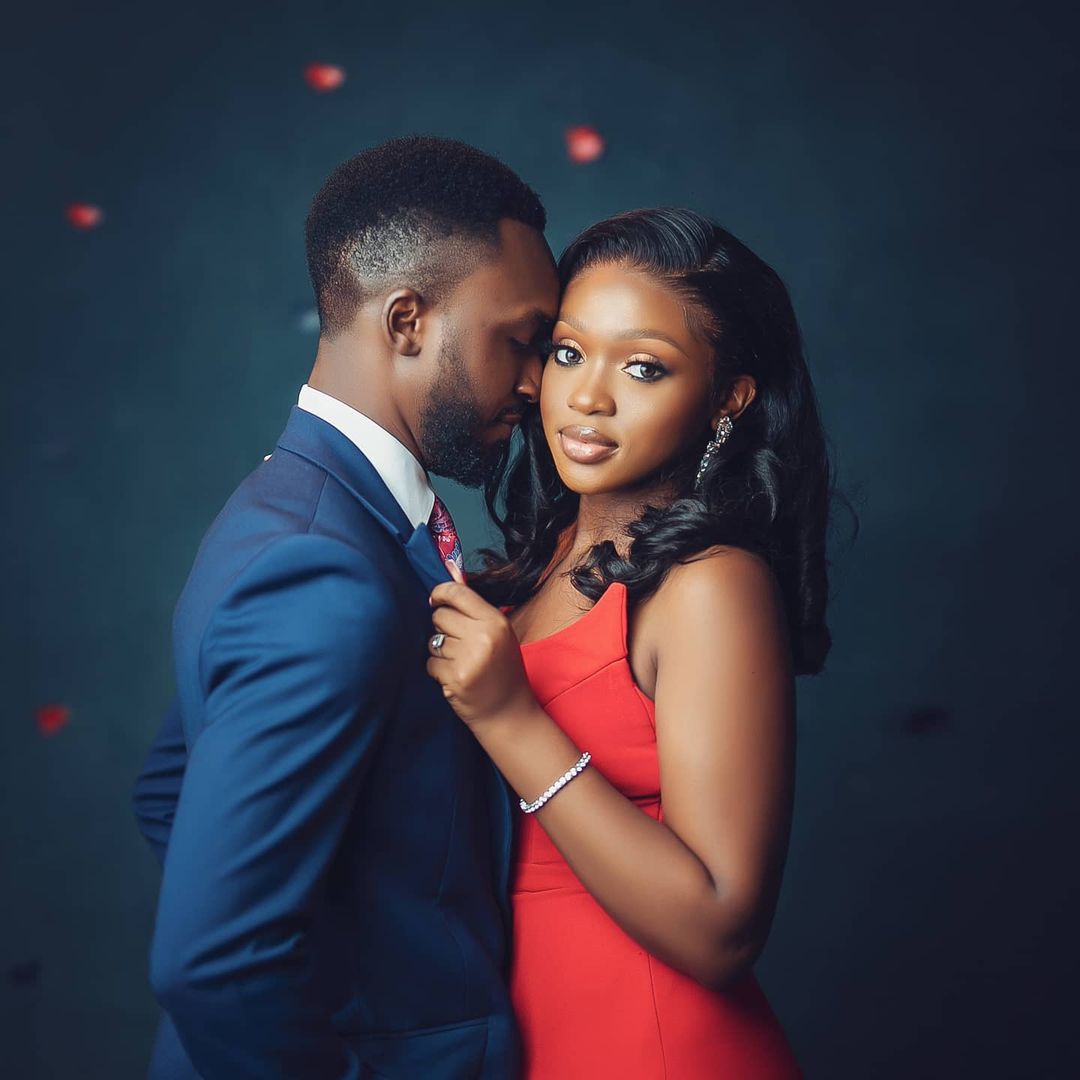 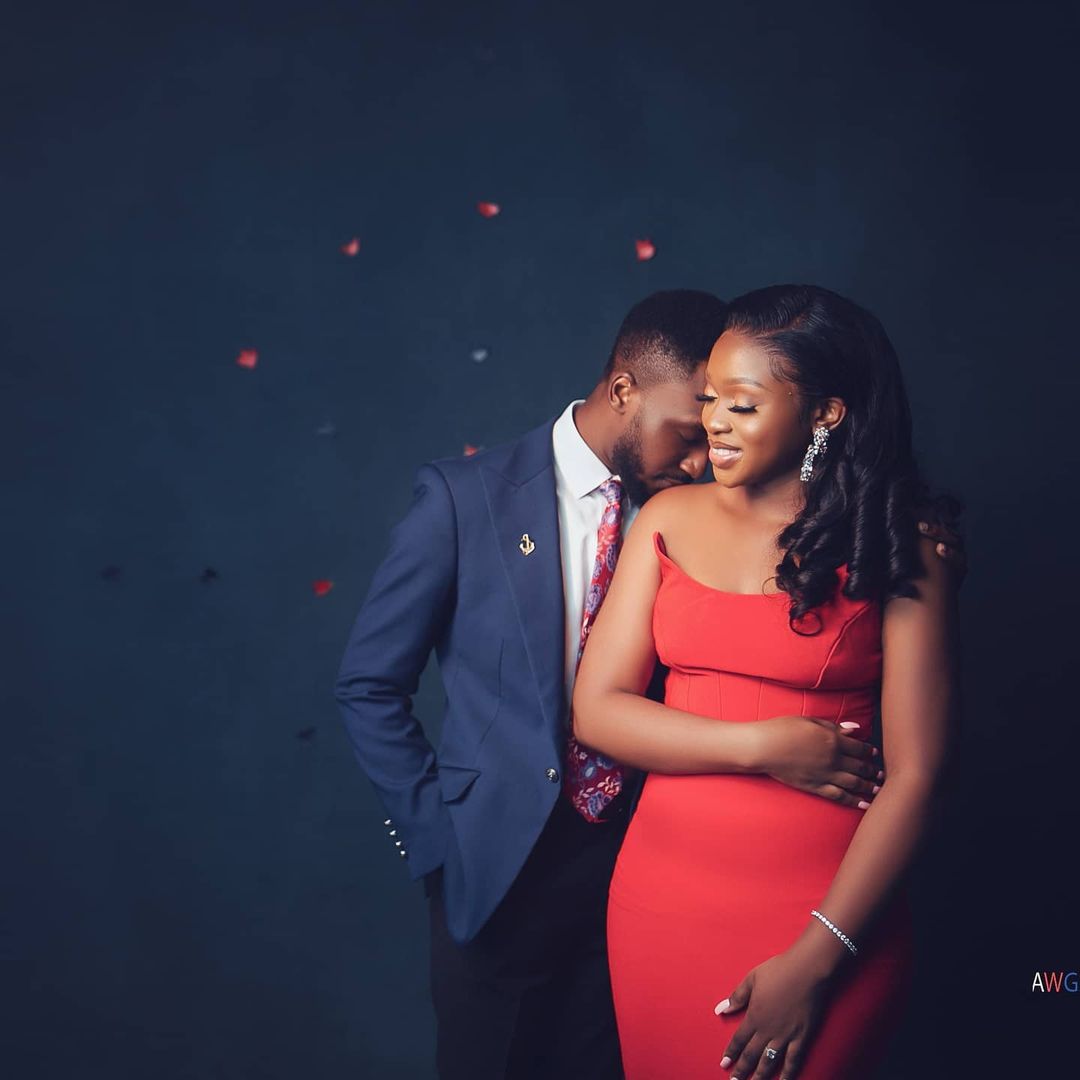 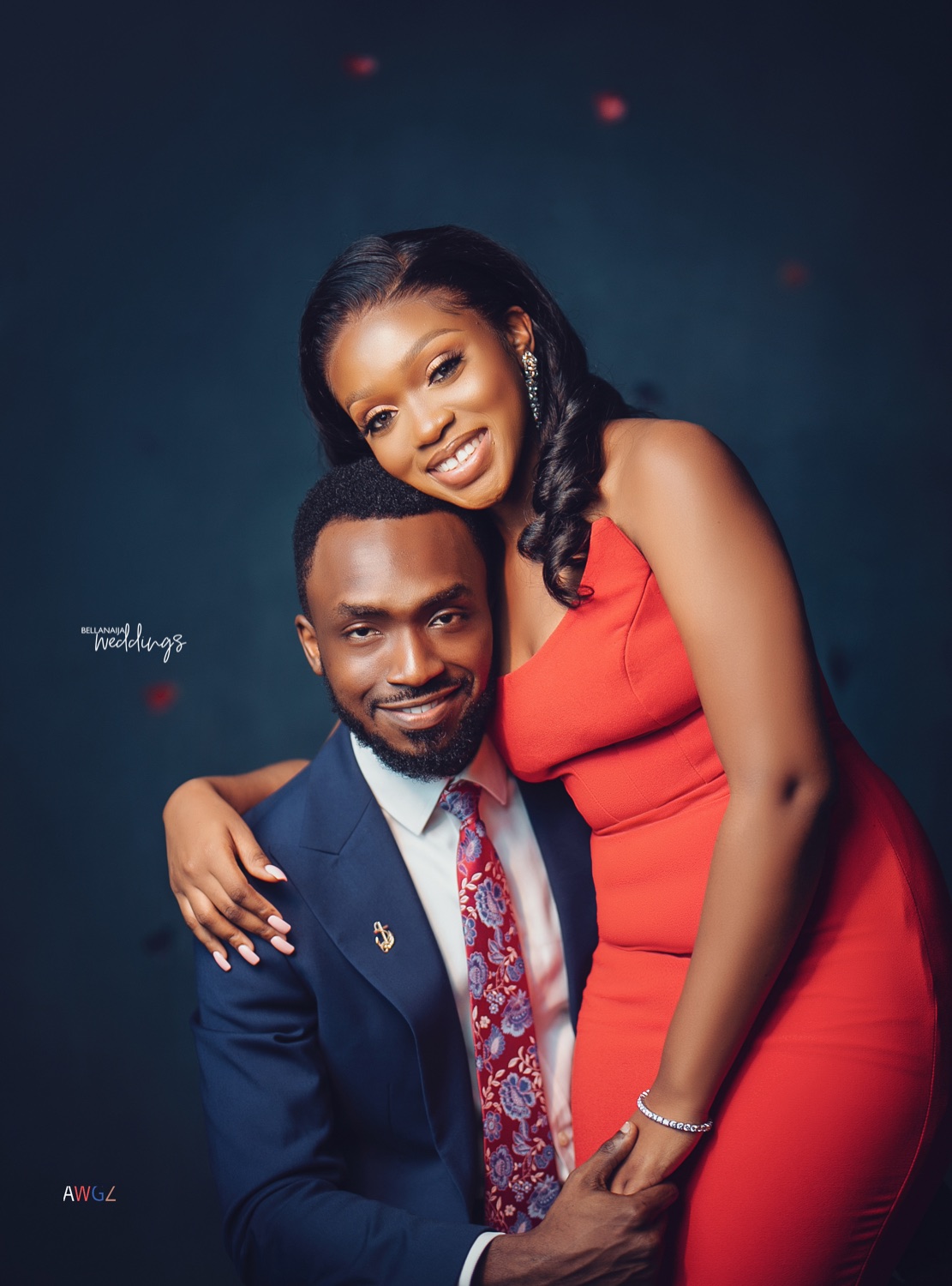 Tobi: One day we met and had a 12-hour date. We went to breakfast, watched a movie, and then went to an arcade. After that day we only knew something was there, but it wasn’t official yet. However, I knew she was the one. I had already decided a few years ago that I wouldn’t date anyone I wasn’t sure I would get married with. So I prayed about it and even though God didn’t necessarily tell me: “Yes, Tobi, you have found your bride.” I had peace in my heart, so I knew it. So the day after work I went to her office to interview her. She told me to think about it, but she already knew or it was all Shakara.

Sinmi: I mean, I knew we were going to date. I just wasn’t sure when. I had to check my mind. God had already given me so many confirmations that He was the one, but I prayed about it and found peace. But when he asked for the first time, I wasn’t sure if I would be yes this month or next or …

Tobi: Ahan, can you imagine? Anyway, that’s how it all started, then, a little over a year later, I suggested, and that was it! One of the reasons I was and am so secure in this relationship is how deeply God was involved every step of the way.

Sinmi: Yes me too. We should just be. 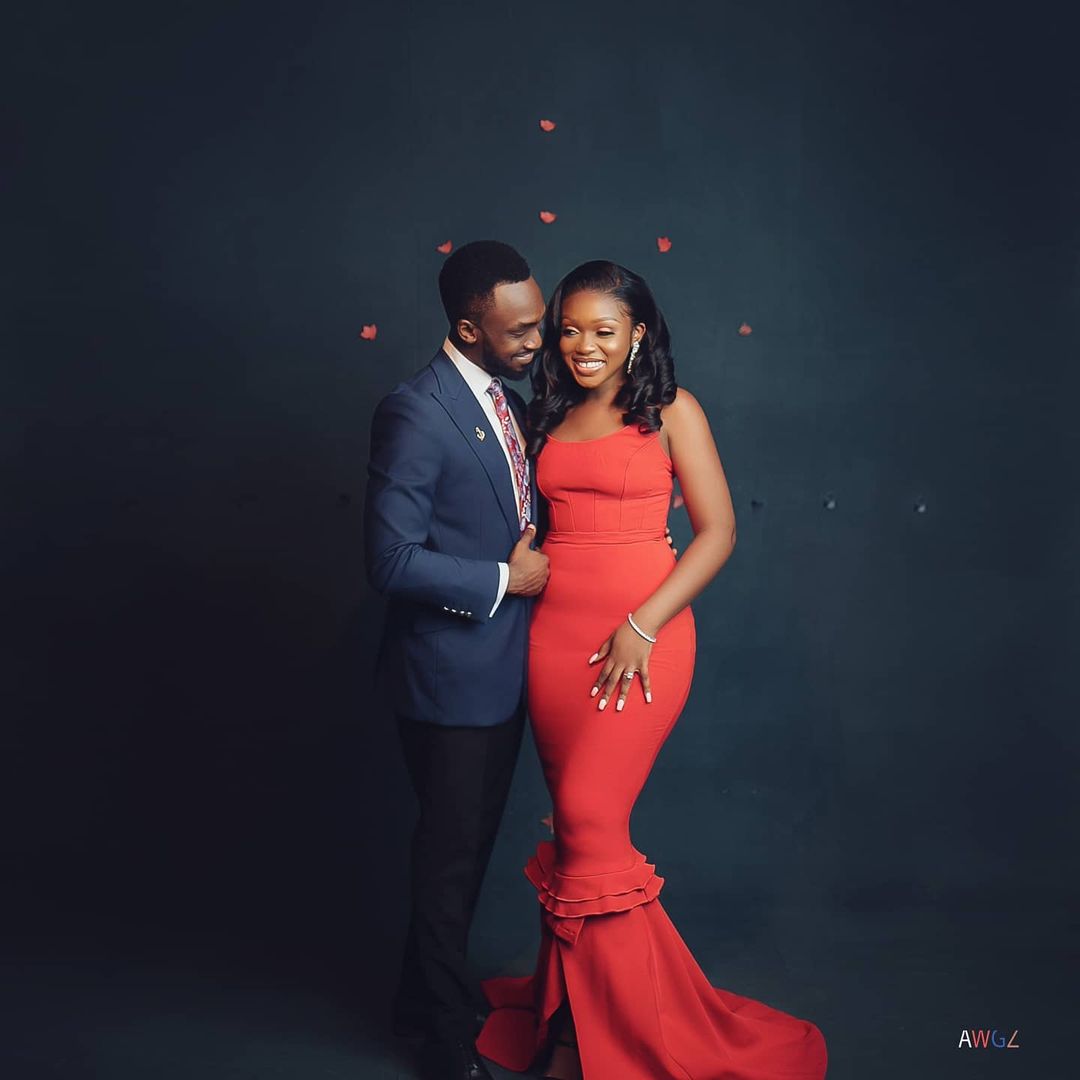 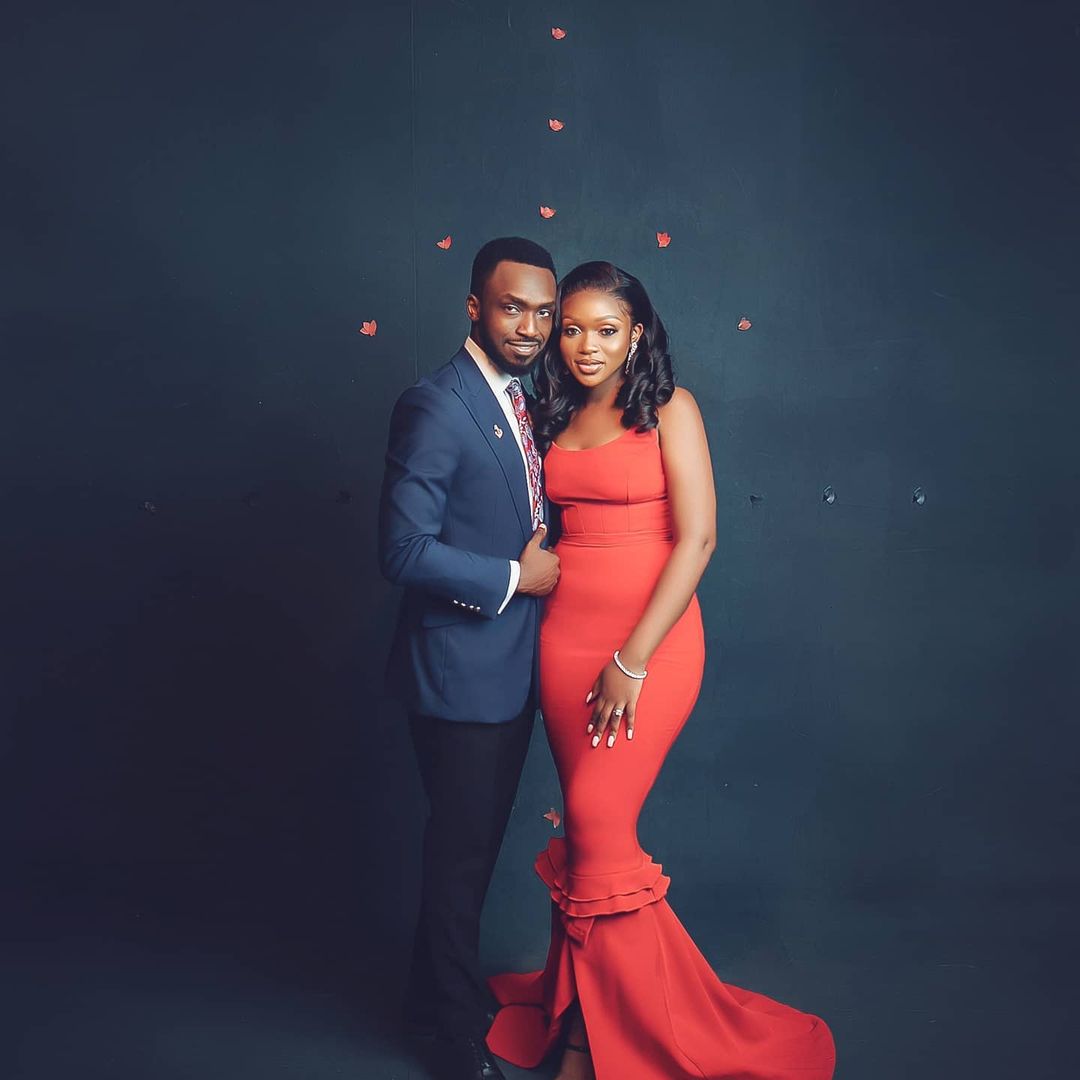 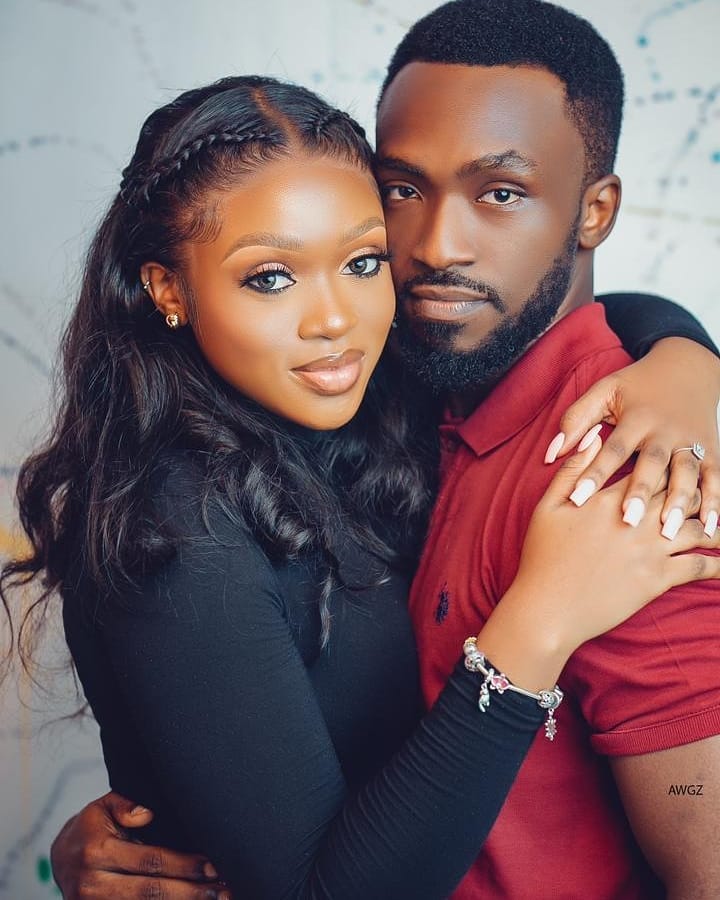 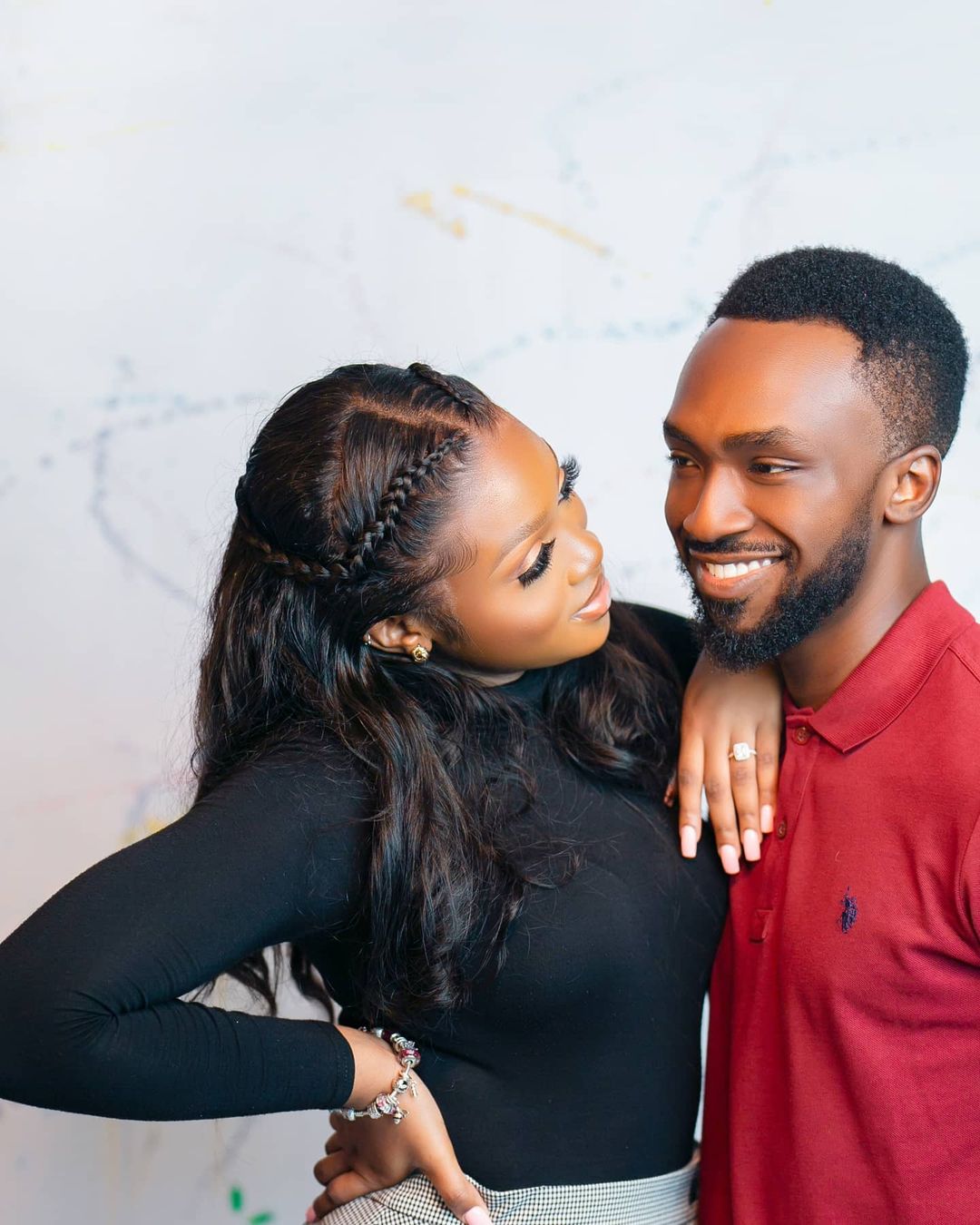 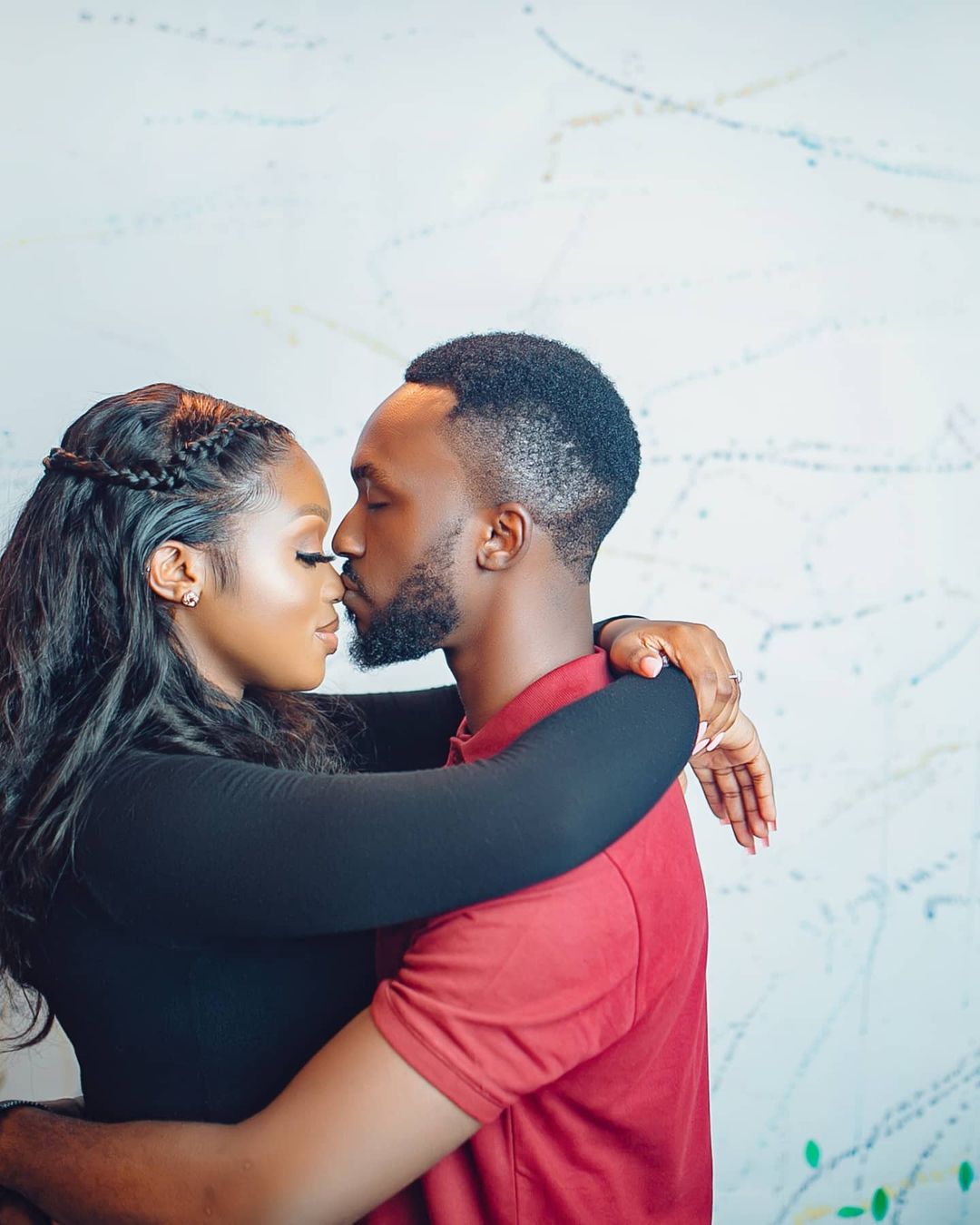 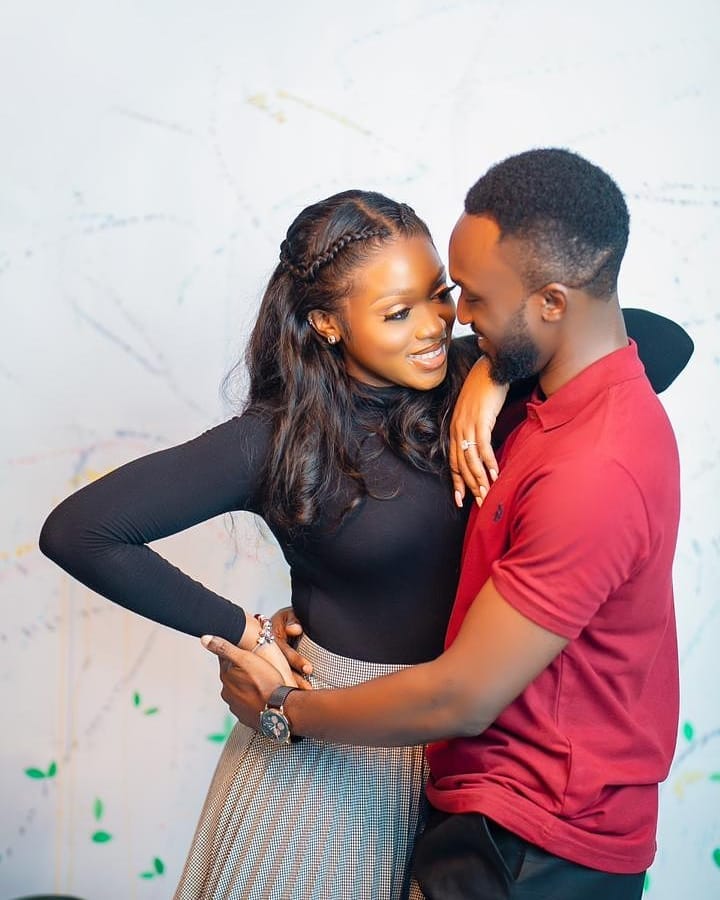 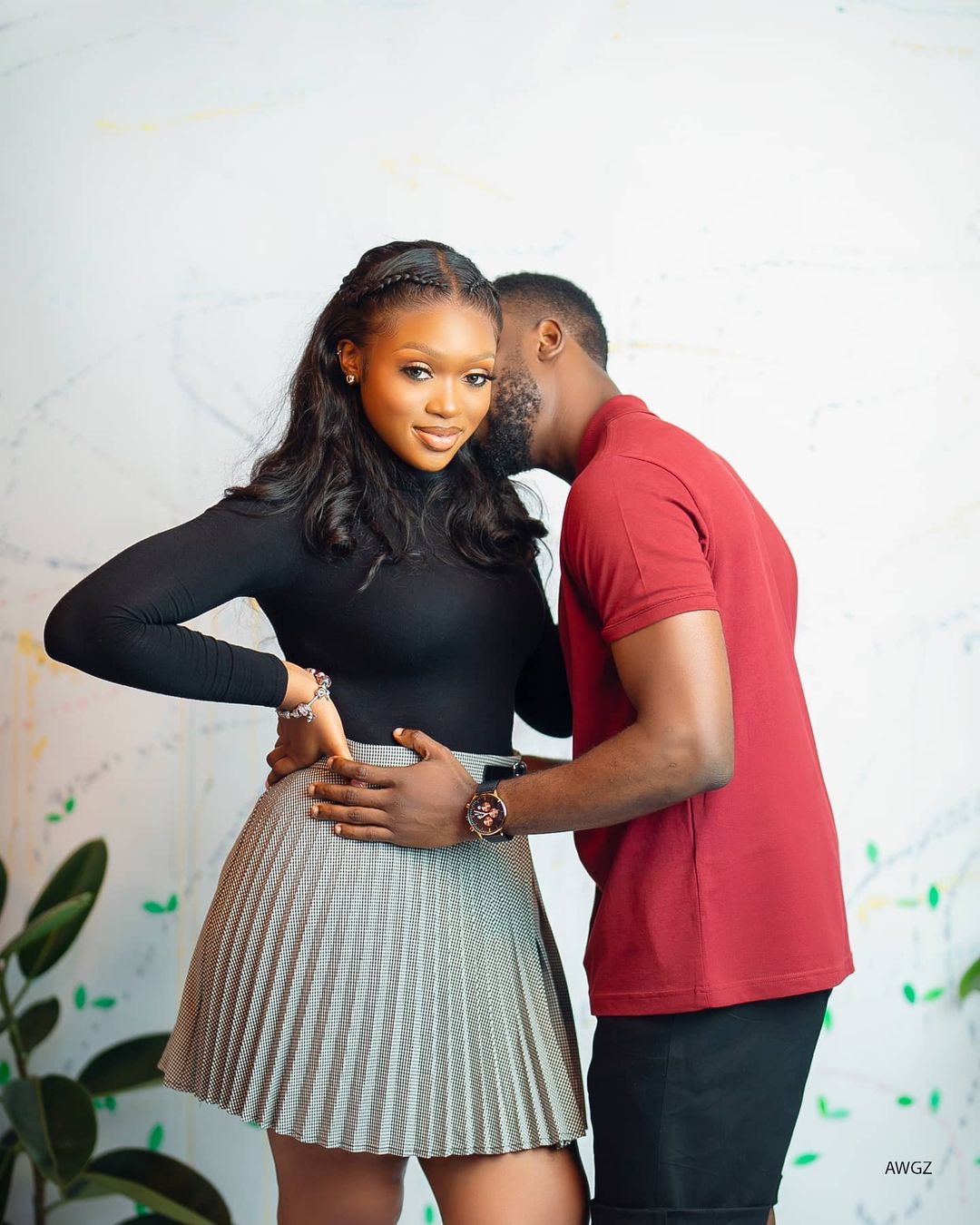 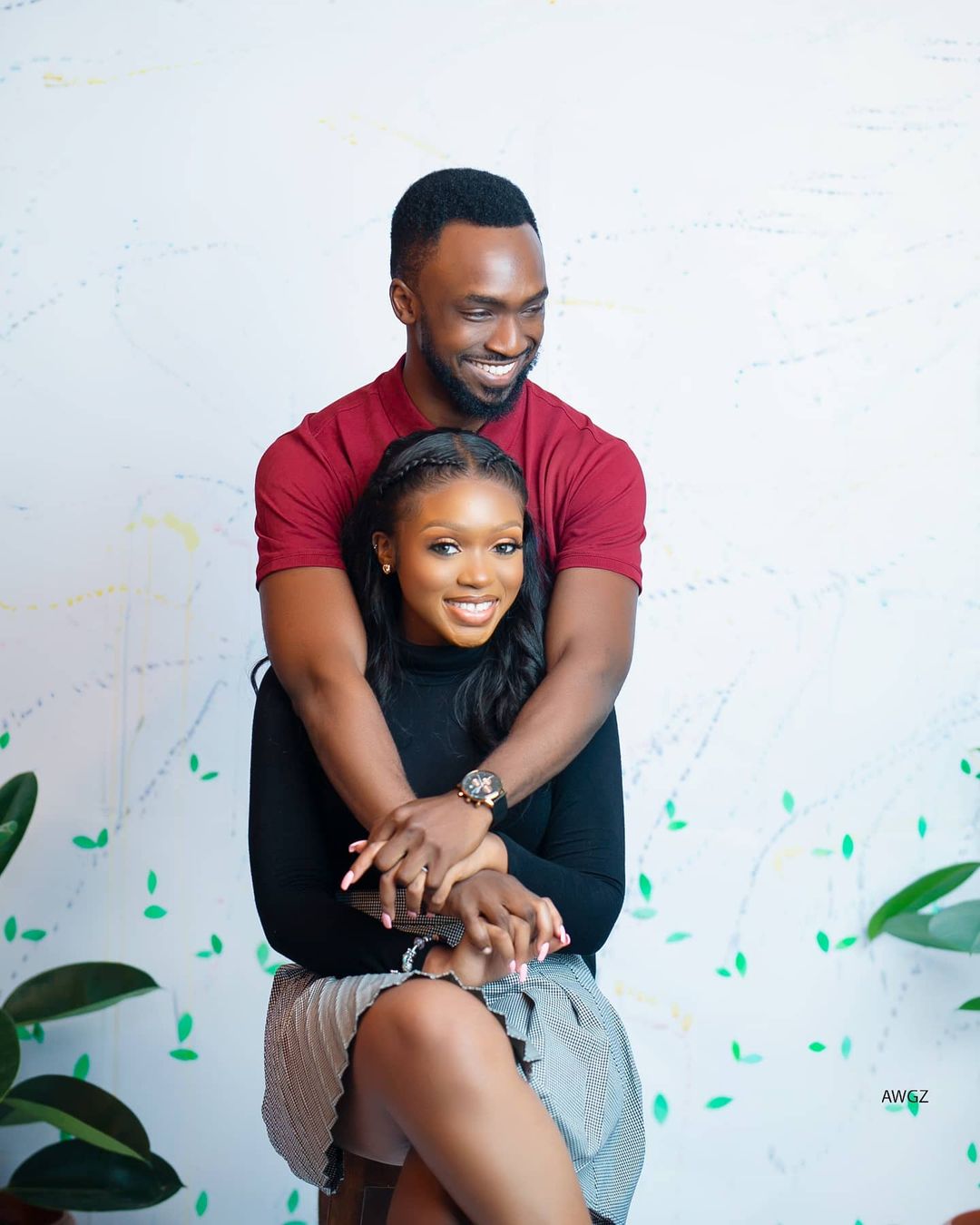 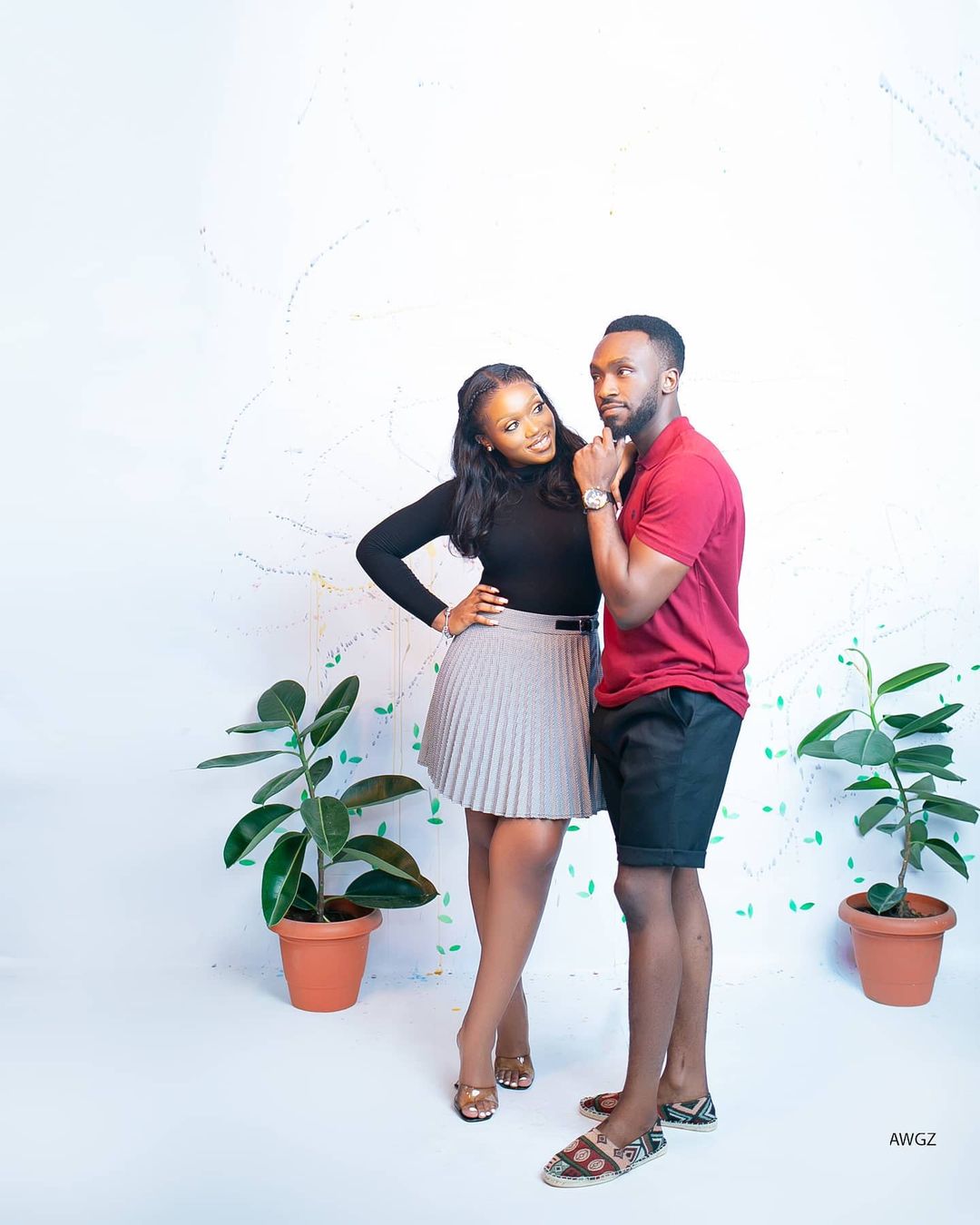 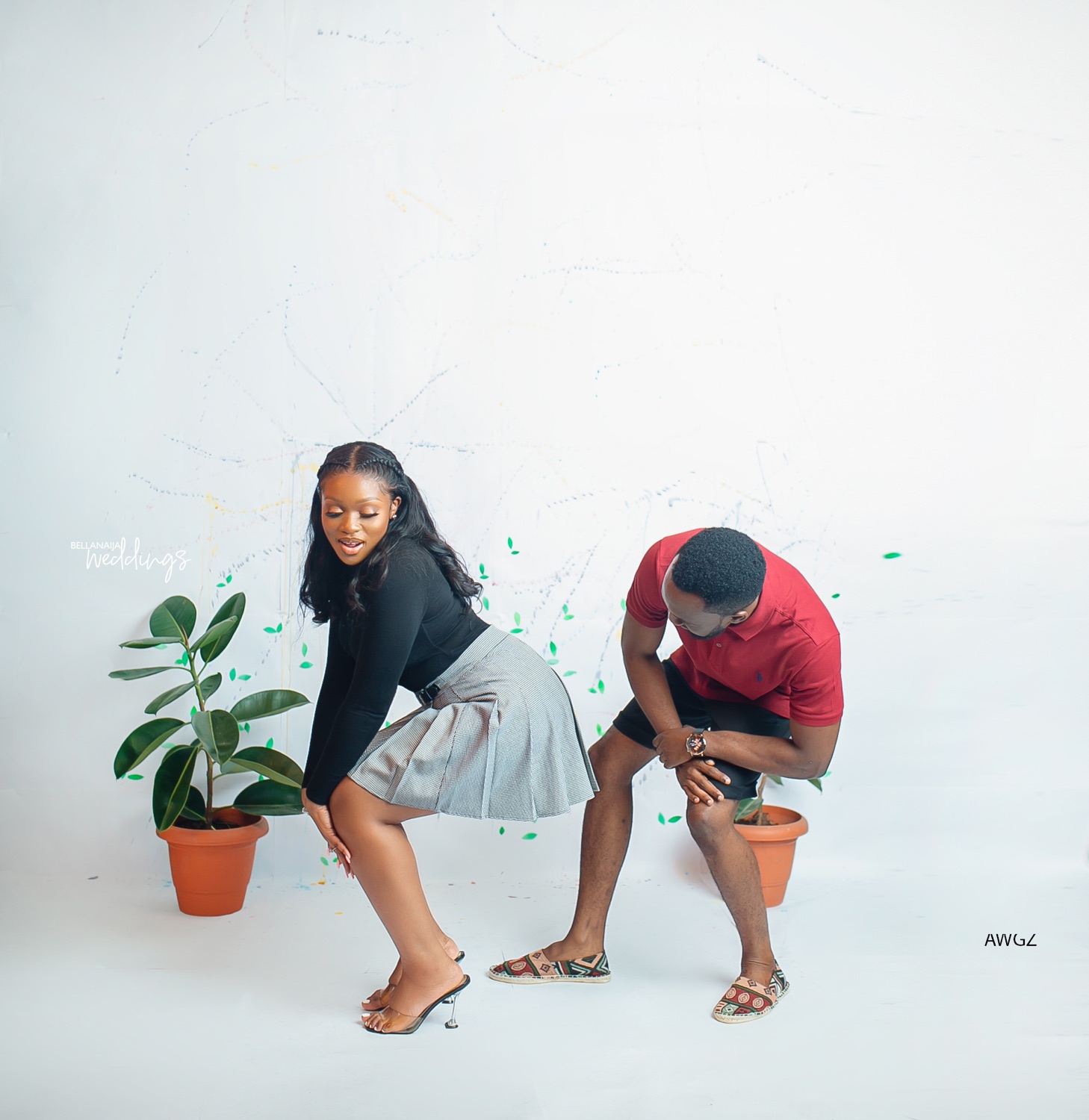 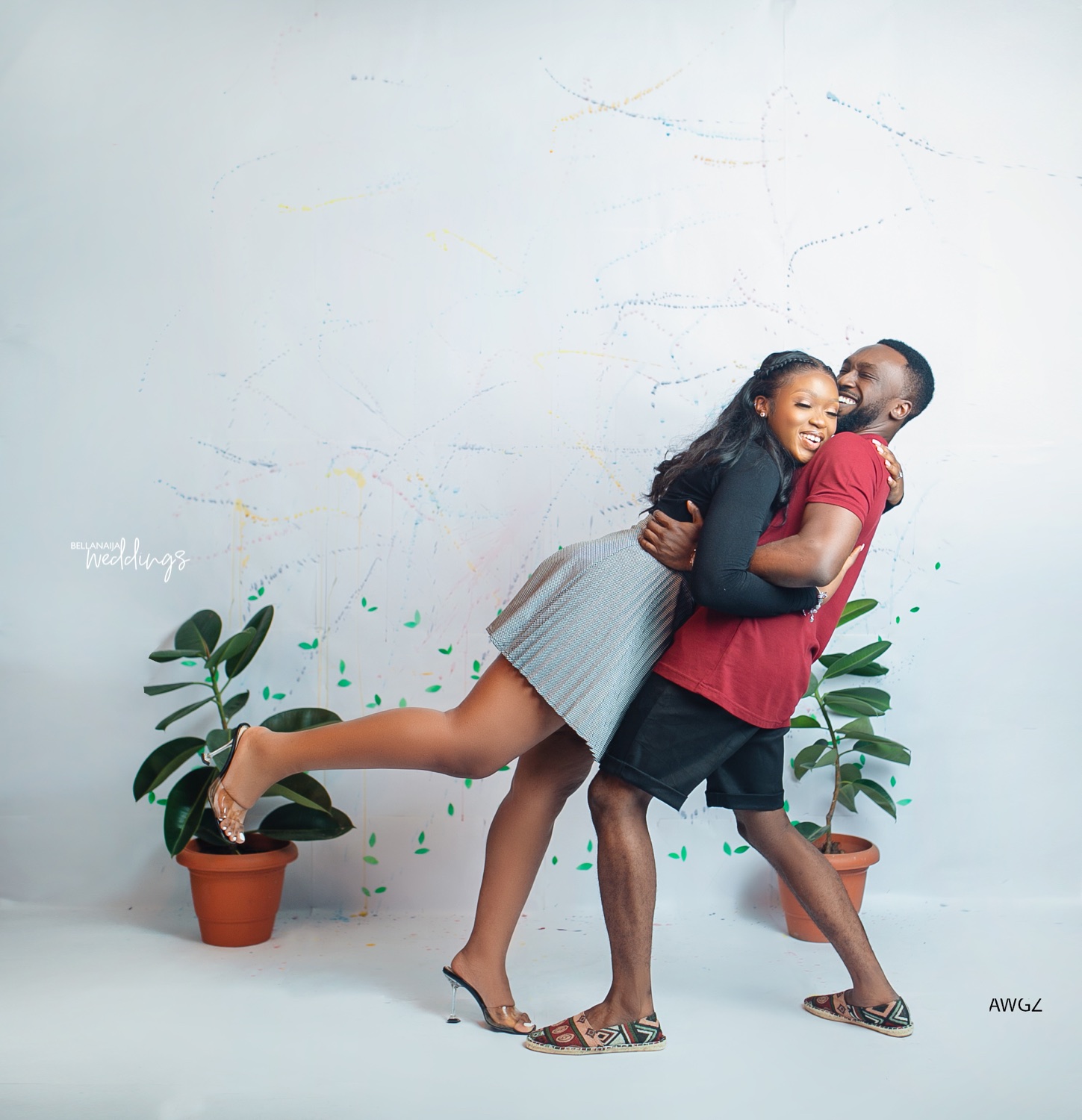 Harry Types wore a bathrobe and slippers for his supervisor’s wedding...