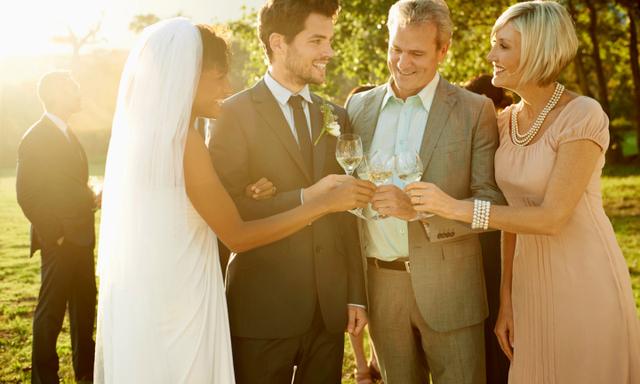 A woman wrote on Reddit that her mother-in-law cut her out of her own wedding photos to share online … but now she’s the one who’s mad!

Family photos are one of the things people say they’ll grab if they ever escape their burning home. You will be cherished and loved for years (and sometimes even generations).

With the rise of the digital age, it’s sad to believe that those old, half-torn, orange photos of an almost forgotten time will go back. But is the digital age and social media bringing a new way to preserve old images? Maybe one day we can look back online on old photos as they appeared on the day they were taken … unless someone edits them.

Do you want to join the family? Sign up for our Kidspot newsletter to receive more articles like this one.

Her bouquet was still making the cut. Source: iStock.

Cut out from my own wedding photo

A woman posted to Reddit after her mother-in-law uploaded a family photo taken at their wedding. While it may seem like a lovely homage, the fact that it was cut out of the photo makes the opposite difference.

“My MIL is extremely passive-aggressive,” the woman wrote in her post, adding, “Let’s just say she has an inferiority complex and has to show off, etc.”

You generally have good relationships with the older woman who takes care of her grandson about once a week.

“Today is my FIL birthday and she posted family photos on Facebook wishing him a happy birthday,” she wrote, adding that the woman was “showing off” in style.

“Anyway, she took MY WEDDING PHOTO and got me out! She just showed them to FIL, SIL and my husband.

“My dress and my bouquet are STILL IN THE PICTURE!”

She said her sister-in-law’s husband had also been cut out of the photo and several people noticed and wrote to her to point out the hilarity of it all, one person even saying, “Nobody will be good enough!”

She said she pointed this out to her husband who mentioned it to his mother who is (wait for it) upset about everything now. The woman said she was embarrassed that her mother-in-law would do this publicly, but she wasn’t mad at her at all.

RELATED: A Love Letter to My Mother-in-Law

Pretty much everyone agreed that the mother-in-law was passive-aggressive and wrong about this.

“I think this photo calls for a comment from you,” suggested one person, “something like, ‘Wow, MIL, I’m glad you liked my wedding dress and bouquet enough to include them in the picture but why did you cut out my face? ‘”

Another said, “The only person to be ashamed of is her, she’s just screwed her ass in public. These people who point it out and laugh don’t laugh at you, they laugh at how pathetic and petty she is. “”

Some people pointed out that it would have been a lot easier to use a different photo than crop two people out of a professional picture, and many told the woman to just enjoy the fact that others can now see what they are has to do.

“Are you embarrassed that your MIL showed how much she is a slut?” one person asked and added, “Lolz. Enjoy!”

And perhaps this is the most thought-provoking comment: “‘Now she’s upset’? Somehow she’s the victim?”

What do you think? Is there any possibility that this could have been an innocent mistake?

Bride & Groom rescue man who was hit by automotive in...